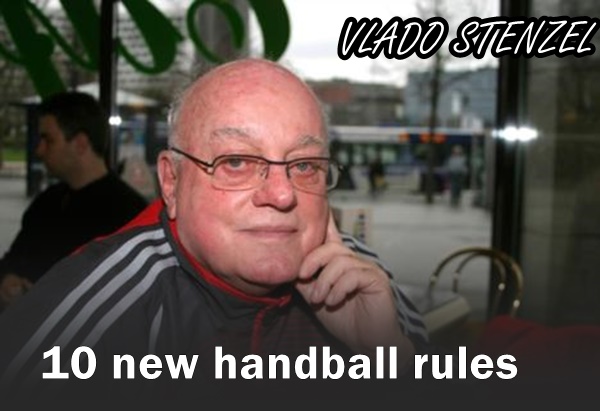 The first handball Olympic champion from Munchen 1972 and World Champion 1978 with the teams of Yugoslavia and West Germany, Vlado Stenzel, made a list of 10 handball rules which will help handball to become even more global sport.

Take a look on the list which Handball-Planet.com got exclusively…

Suggestions for changing of handball rules

After seven years of experimenting with three trial tournaments in Germany, in Wallau-Massenheim, Bad-Schwartau and Budenheim, with the presence of the audience, with my countless letters which are well-known by handball experts and my constant following of new rules, I have come to the conclusion that with the change of these 10 handball rules we could go to a new world of a wonderful sport, with which we can win a worldwide audience even when if it is not their team they cheer for on the pitch.  Except in Germany, our sports halls are empty so we need to make some adjustments.

I suggest changing the rules of handball, to make today’s high-quality handball sport a closer and more interesting for spectators, easier to understand and learn, easier to make refereeing decisions and therefore it would get in rank with football and basketball.

The interest of the spectators would not only be a large number of goals, but the tension would be felt throughout the 60 minutes of the match. By implementing these proposed rules handball would become even more exciting and the coaches would have more influence on the game with tactics. The importance of goalkeepers in the game would certainly decrease.

We kindly ask the official speakers in sports halls, not only to name the scorer of the goal but also to name the player who assisted in the goal. This would also give players who had an “assist” the value and attention of the media and the audience.

The blue card no longer exists in the proposed new rules. The same handball rules apply for 60 minutes of the match.

Rule no.1 – Goalkeeper is no longer an extra player in attack

Firstly: if a goalkeeper has no control of the ball after a save and the ball leaves his area, he is allowed step out of 6 meters, have contact with the ball and pass it to one teammate.

Goalkeepers are substituted like other field-players, only when their team is ball possession.

With this rule, we can achieve that the goalkeeper cannot participate in attack or become an extra player in attack.

Furthermore, there will be no empty goals scored, which is not very attractive to spectators. Counterattack preventing actions are effective and could excite the audience and bring dynamics to the game.

The attack is limited to a clean 45 seconds. The time of attack starts when one of the teams takes possession of the ball. The time will be stopped if a foul is been committed if a 7-m penalty is rewarded if the ball goes out of bounds and if a penalty such as 2/3min suspension or yellow/red card has been given. The attack time of 45 seconds should be clearly seen in the hall by all players and spectators.

With this rule, we can achieve that the human factor (in this case the referees and the rule “passive attack”) has a much lower influence and affects on the game itself. There is no longer a “passive attack” rule!

Rule no.3 – Seven-meter penalty must be executed by the fouled player himself

A penalty of 7-m must be executed by the player on whom the penalty was committed.

In case of an injury which the doctor must confirm, the injured player will not be able to enter the game within the next 5 minutes. The coach can substitute as he wishes for the execution of the 7-m penalty.

In the case of another injury to the same player, everything stays as explained above. If this situation repeats for the third time the player will be excluded from the game.

With this rule we can achieve a greater motivation for each player and much more 1 on 1 situations will be created.

The quality of the players will not only be recognized by the number of goals scored.

We are getting a bigger player motivation in the game and in training. Training becomes more interesting as each player must also train and improve his seven-meter shooting skills. On the other hand, we give the keeper a better chance of defending the seven-meter shot.

An offensive foul is only given in situations where the attacker helps himself by using his hand(s)/arms, pushes or holds the defender to get past him easier. 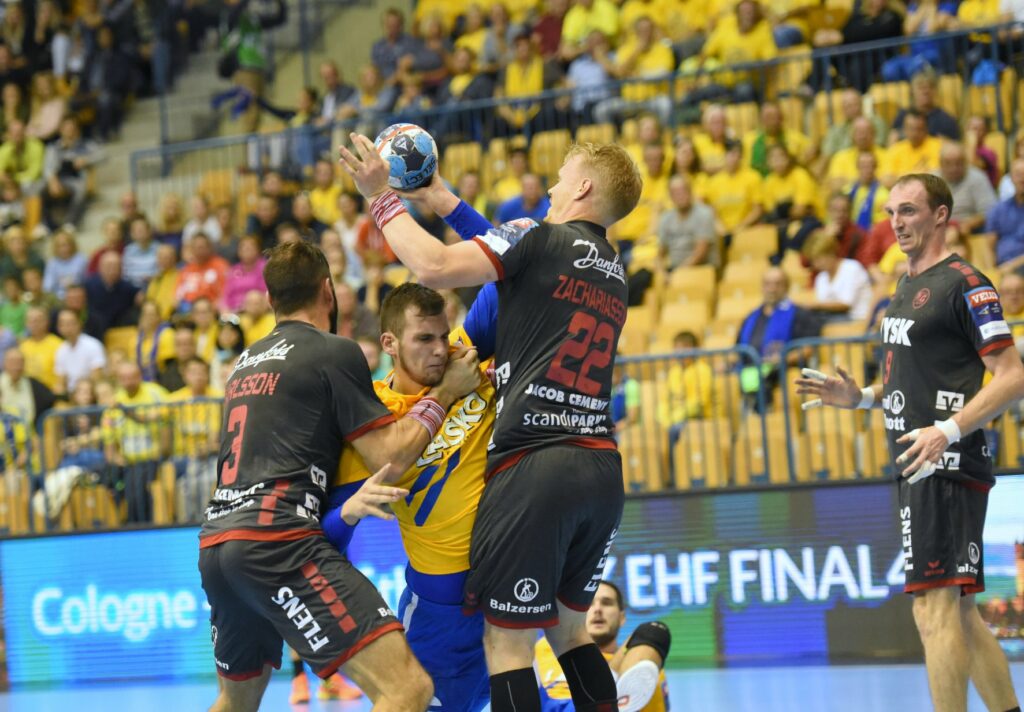 A player who intentionally fouls an opponent that is more dangerous to the player’s health, such as a hit to the head, a pull on the arm, intentionally placing a knee or leg to the opponent, etc., would result in a 3 minutes suspension. This longer suspension is needed because referees do not distinguish between the hardness of fouls committed.

A player who already has two suspensions, regardless of whether it is 2 minutes or 3 minutes suspension, would be disqualified from the match by receiving his third suspension.

This rule would prevent dangerous and rough fouls being equally punished as other less severe fouls (e.g. pulling the jersey). Furthermore, these kinds of fouls could not be used as a defensive strategy. As well it would allow referees to have a progression in sanctioning the players.

Rule no. 6 – Free-throws with expired time

Defenders have to be  3 meters away from the ball and may also move within the 9 meters. Only shots outside the 9 meters line are allowed.

With this rule last shot of the game has a greater value and a chance that a goal can be scored.

Substitutions can only be made while the team is in ball possession.

A defensive team is not entitled to substitute players. The attacking team can substitute as many players as they want.

This rule would take defense specialists out of the game and all players will have to play equally on both ends of the floor. The game would benefit on counter-attack and the speed of the game, as would the beauty and quality of the handball game rise as a whole.

Rule no. 8 – executing the free-throw and throw-in

In the case of certain rule violations (fouling a player, out of bounds, etc.), the attacking team does not have to throw the ball in from the exact place where the violation occurred. Deviation up to 2 meters should be possible. After the referees whistle, the player must stop his movement as soon as possible and then execute the throw-in or a free throw. The player is not allowed to be moving or making any specific offensive motion while executing the throw-in.

This rule will allow the game to continue quicker and the referee is not involved in the game by correction the executing player from where he has to throw the ball into the game. The goal is to speed up the game.

Referees are only allowed to interrupt the game if a certain penalty is to be awarded (yellow card, 2 or 3 minutes suspension or a disqualification). The only exception made is if the attacking player was able to pass the ball to his teammate despite a serious foul on him. The referees should allow the game to continue and would punish the defending player after the end of the attack.

By winning a game with 5 or more goals of difference, the winning team is awarded one more point (2 + 1), while the defeated team is deducted one additional point (-1) of the standing table.

With this rule, we would increase the motivation of both teams. While one would struggle to win by more than five goals of difference, the other team would struggle not to lose by more than five. This would increase the interest and tension of handball games and no team would give up or play passively. One point more or less is a great motivation for players and coaches.