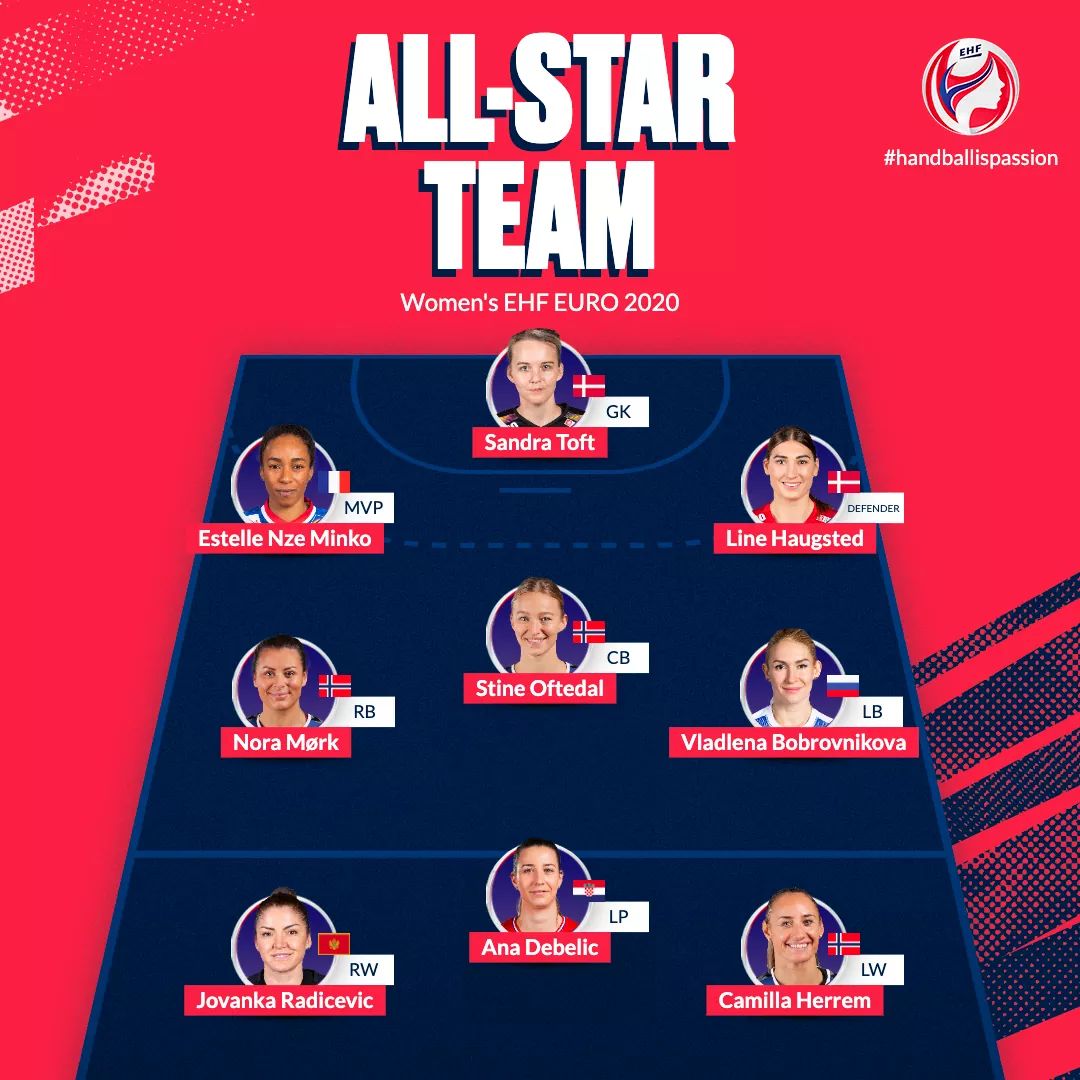 All four semi-finalists, plus Russia and Montenegro, are represented on the EHF EURO 2020 All-star Team. Norway picks up three awards while Denmark has two players represented in the list of nine.

In 48 hours, over 30,000 votes were submitted by fans, counting for 40 per cent of the final vote, while the other 60 per cent was provided by a panel of experts.

Norwegian centre back Stine Oftedal is the only member of the EHF EURO 2018 All-star Team to again be named on the final list.

Centre back: Stine Oftedal (NOR)

Right back: Nora Mørk (NOR)