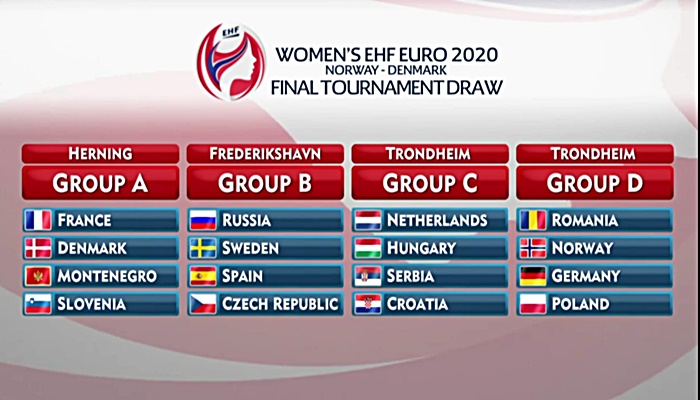 Share
Tweet
Share
Share
Email
Comments
Following days of intense consultations and negotiations, it was confirmed on Monday (23 November) that Denmark will host all groups of the Women’s EHF EURO 2020 which is played from 3 to 20 December 2020.
The second venue, besides the already confirmed Jyske Bank Boxen in Herning, is the Sydbank Arena in Kolding, which will host the teams of preliminary round groups C and D and one main round group. The final weekend will be played in Herning.
The focus on one hosting country for the final tournament became necessary after the Norwegian Handball Federation, a co-organiser of Women’s EHF EURO 2020 together with the Danish Handball Association, had announced last week that it was not possible in the current health situation to play matches in Norway.
“The past week has been extremely challenging in these already challenging times,” EHF President Michael Wiederer said. “The flexibility and the efforts that the DHF with President Per Bertelsen and Secretary General Morten Stig Christensen in the lead and their highly motivated staff showed this week cannot be rated highly enough, especially when it came down to creating a safe environment for everyone involved at the second, completely new venue.
“The Women’s EHF EURO is the most important platform for the promotion of women’s handball in Europe, and now we are looking forward to seeing the best 16 teams taking the courts in Herning and Kolding in December.”
Per Bertelsen, President of the Danish Handball Association, said: “Usually, this is something that takes years to arrange. But with the help of our incredible staff and our partners, we have succeeded in finding a solution so that we can have the championship played on Danish soil.
“It is extremely important both financially and sportingly for handball. This is why we are just so happy that we in Denmark, in the time we live in, can solve this situation in a responsible way and with all the guidelines and measures required in relation to the coronavirus.”
Herning will host the teams of group A (France, Denmark, Montenegro, Slovenia) and group B (Russia, Sweden, Spain, Czech Republic). One main round group and the final weekend will also be played in Herning.
Kolding will host the teams of group C (Netherlands, Hungary, Serbia, Croatia) and group D (Romania, Norway, Germany, Poland). These two groups were originally set to be played in Trondheim, Norway. Main round group II will also be played in Kolding.
The playing schedule as it was released earlier remains unchanged.