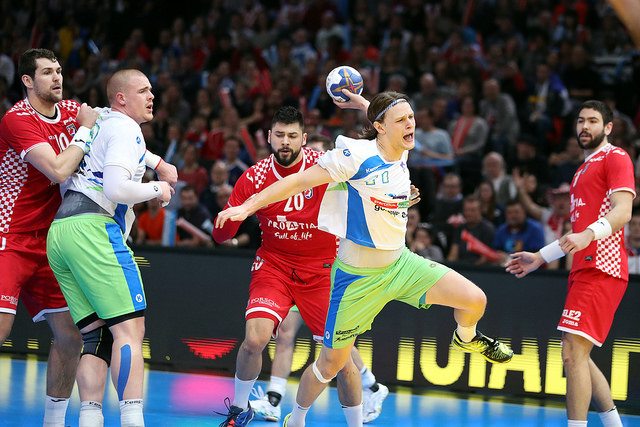 Slovenian right back from FC Barcelona Lassa, Jure Dolenec, won’t be able to help his team-mates in upcoming weeks as he will go on surgery on Wednesday, stated Spanish champions. Dolenec will have to solve problem with meniscus in right knee, but his appearance at Men’s EHF EURO 2018 in Croatia, won’t be in danger.

Dolenec isn’t the first Slovenian right back who will be out of the court in the first part of the season. RK PPD Zagreb lefthander David Miklavcic had surgery on his arm and now going through the process of rehabilitation in order to get ready for the second part of the season with his team.

Also, RK Celje Pivovarna Lasko right back Ziga Mlakar broke his hand in Slovenia – Croatia clash in EHF week, after amazing start of the season. He is lost for the next few weeks.

One of four options on right back position, Vid Kavticnik, just came back to the court after 8-9 months break since he broke knee ligaments at bronze medal match at World Championship 2017.

A lot of open questions for Slovenian national team coach Veselin Vujovic, ahead of Men’s EHF EURO 2018 in the neighboorhood.