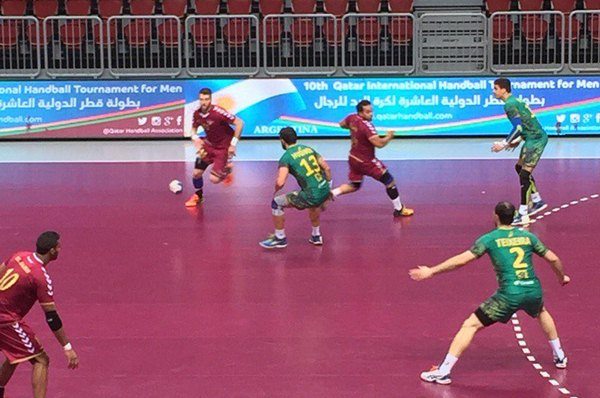 The best handball team of Asia, El Jaish Sports Club beat Brazilian national team 28:26 in the Round 2 at International tournament in Doha. The team which are giving the most players for the Qatari national team came into tournament as replacement for the Egyptian national team, who had to participate alongside Qatar, Brazil and Argentina.

Brazilians have been without two imprortant players, but El Jaish could count on five Qatari NT members, but also Tunisian Issam Tej, who will try to qualify for the Olympic Games in Rio with his NT on tournament in Poland, where Africans will face domestic team, Macedonia and Chile.

In the second match of the Day 2, Qatar beat Argentina 33:19. Next Thursday tournament will be closed by last two matches between Qatar & Brazil and Argentina & El Jaish.