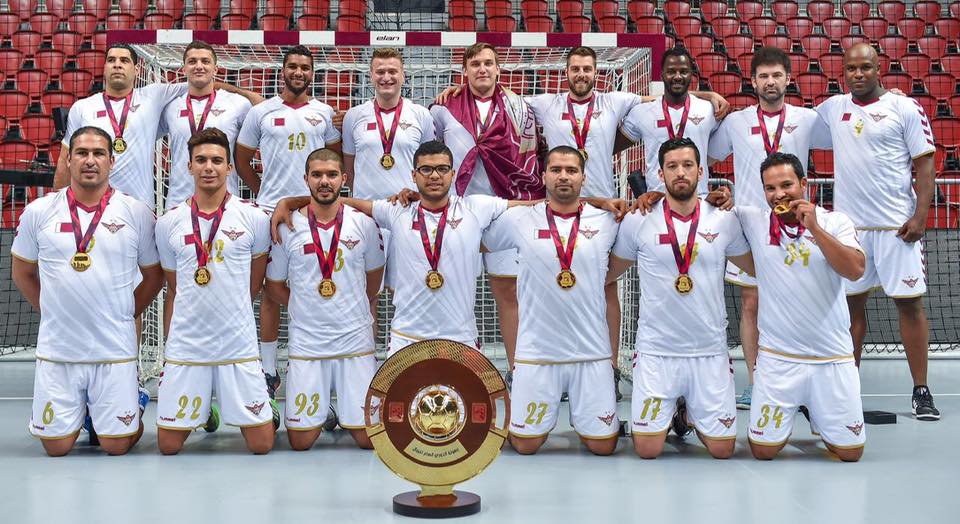 H.E. Salah Bin Ghanem Al-Ali, minister of culture and sports, accompanied by Mr. Ahmad Al-Shaabi, president of handball association, crowned Eljaish with the title and handed gold medals and trophy to Eljaish players and handed silver medals to Al-Gharafa team.
By this achievement, Eljaish team won the title for the third time respectively and finished the season with 3 titles after winning the league and Qatar Cup championships.

Mr. Khalid Saif Al-Kuwari, head of handball staff at Eljaish sports club, dedicated the title of Emir Cup 2016-2016 to club management as appreciation for their unlimited support for the handball team in the club.

“Eljaish team deserved winning the title of Emir Cup title as finished the season and the best possible image by winning the three titles in a historical achievement”, said the chairman and added:

“All players were trustworthy and we succeeded in winning the final match despite the absence of Isam Tej who is currently suspended by the association for 5 matches. I would like to thank members of the administrative and technical staff for their efforts during the season and I wish them more good luck to win more titles in the future”, concluded Khalid Saif Al-Kuwari.