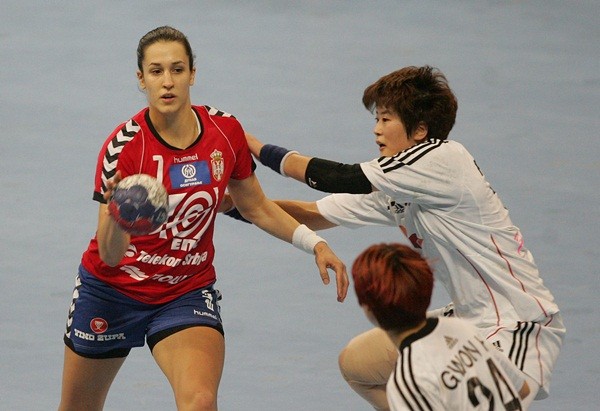 IHF World Handball Player 2013, Serbian playmaker Andrea Lekic has suffered ankle sprain injury during the match between her ZRK Vardar and ZRK Buducnost 24:24 in Skopje on Sunday. She had to be carried out from the court of SC “Jane Sandanski” in ninth minute of the match. The first prediction is that Lekic won’t be able to run in the next three weeks. That could be a reason for head-ache of Serbian NT coach Saša Bošković, who can’t count on her in preparation for the Women’s EHF EURO 2014 in Croatia and Hungary – Mobelringen Cup in Norway.

It is to early to get answer on question, whether she will be ready for the Preliminary Round matches against Montenegro, France and Slovakia in Osijek between December 7-11.