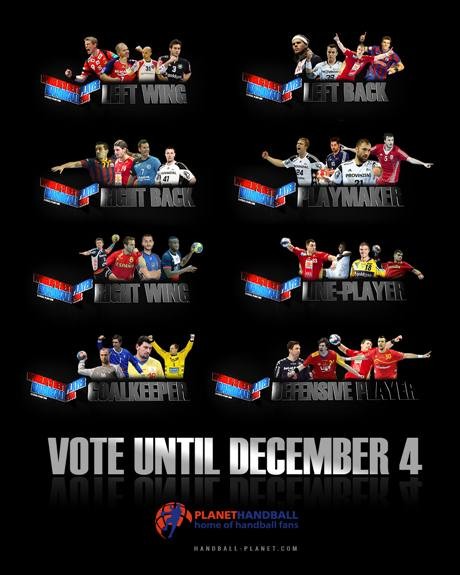 Over 110.000 votes have been counted in the first week of fans voting for the WORLD HANDBALL PLAYER 2014. Handball fans across the Globe showed the big interest for Contest organized by Handball-Planet.com in the first few days, coming close to the last year record, when we received about 145.000 votes for the best players per position.

Currently, the highest number of votes have Anders Eggert – Mikkel Hansen – Nikola Karabatić – Kiril Lazarov – Lasse Svan Hansen – Julen Aguinagalde – Niklas Landin and Gedeon Guardiola. Players, with the biggest support from their fans, will get points which will be added to the current opinion of 23 handball journalists across the Globe.

Voting will be closed on December 4.