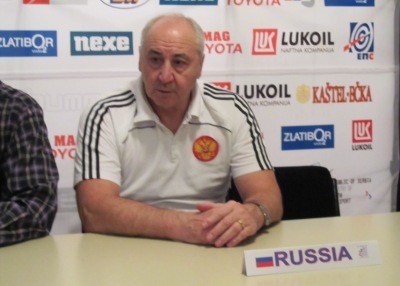 Legendary Russian coach, Olympic winner with the men’s national team in Sydney, Vladimir Maksimov, presented his point of view on work of Ambros Martin, who is sacked after didn’t qualify for the Women’s EHF EURO 2020 semi-final:

– After we were first at the Olympics, third at the World Championships and second at the European Championships, now this is a step back. But the team always wins, and the coach loses, and he must be held accountable. I’m sure Martin was not able to strengthen the team’s game. And they took him and gave him fabulous money, which was never given to either Trefilov or Maksimov. Those who won the Olympics. And Martin worked and left. And what, he will repent? No. And I lost and regretted it. Like Evgeny Vasilievich. And now we need to think about what we need to do in a very short time. In order to prevent this from happening again. We need to understand why the French national team is at the top, which has modeled our training system. And return to our reality.

In the match with the Danes, you saw that when we carry out a counterattack, we have one athlete running, and she is met by four rivals. Where are our others? We are somewhat behind in functional training. But after all, the pandemic was not only for us, but for everyone. We had previously played in a draw with the French team, and there was a struggle and an equal game. And with the Danes this was no longer the case. And we did not have a game in the front line, for which both the women’s team and the men’s team were always famous. We were not ready for active defense. We were not ready – not only functionally, but also in terms of organizing the game in attack , – said Vladimir Maksimov.