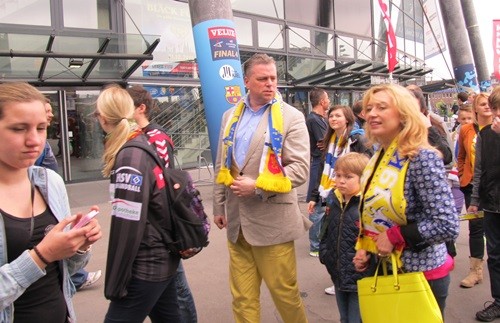 PGE Vive Kielce isn’t in danger as some Polish media presented in media with statement of club’s president Bertus Servaas. The club’s first person stated for Sportowefakty.pl that club will stay competitive on international level, but to keep that level, has to be supported by the City:

The future of PGE VIVE Kielce is at risk?

The bankruptcy of the club is out of the question at all. We will simply have to adjust the sports level to the budget. So far, we had about 2.5 million gaps, now about 4.5 million. Additional measures will solve our problems immediately. We can also tell the players that this year they will get 2 million, and then another part. It’s a matter of getting along. However, we do not want to continue such situations and ask for more money from the city. I have already explained that, I was misunderstood. I did not talk about bankruptcy, fall. Only if I did not communicate with the players, it would be difficult to keep the club. A joint stock company such as VIVE has certain legal restrictions. We must act in accordance with the rules and act like that. We are not at all threatened. The risk would only arise if I did not get along with the players, and that’s already settled. My lawyers are in charge. I do not want to put a case on the edge of a knife, because it looks a bit like blackmail – give money, if not, it will liquidate the club. It is not. It’s just asking if we want to keep this level. I am calm about our existence, VIVE is not in danger of falling down. We will definitely start in the Champions League and Superliga.