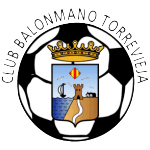 It seems that this summer has hit the hardest the Spanish ASOBAL League. Despite an army of players leaving the league, now a club has withdrawn from playing in it. Failing to achieve sufficient economic resources for the next season, the BM Torrevieja management has decided that the club can not compete in the ASOBAL next season, and has renounced their place, and requested a place in a lower league. The club is also without president for the past two seasons, and it is expected that a president is finally elected soon in order to put the club in good economic shape for the future seasons.