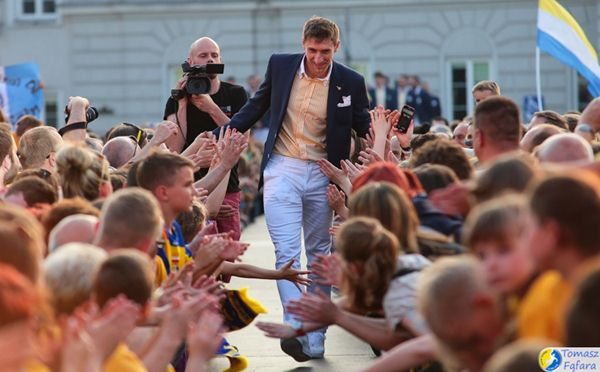 One of the best Polish playmakers Tomasz Rosinski ended his proffesional career too early, in age of 32. The member of Polish team Glogow decided to say goodbye to the playing court after he couldn’t solve problem with his knee which took him off the court in the last season.

Rosinski got injured at the start of 2015/2016 season, he tried to recover and he did it, but again, knee problems began.

– The biggest problem, however, articular cartilage, which is actually worn. The doctor offered me another operation, but this is again about a year break. I would not once again go under the knife. Besides, the treatment could work with my knee would have been in even worse – said Rosinski, writes Sportowefakty.pl.

The 32 years old Pole had the best time of his career in Kielce. He netted 137 goals at VELUX EHF Champions League during six season in European elite competition during 10 in total, how much he spent in Kielce.