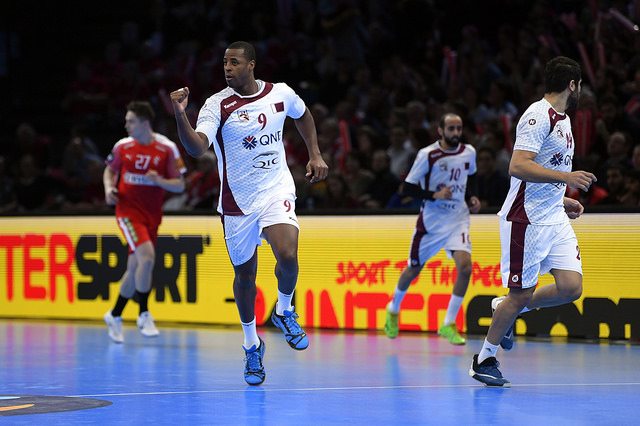 Read some of the reactions after Qatar’s first victory of the championship against Egypt.

HP: What do you think you did better today?

Capote: -Today we played handball. Today we did what we normally do, which we didn’t on the opening match, for whatever reason. We were able to win this match, which means nothing yet, but it was important for us, because we had lost our first one and because Egypt is one of the teams that will be fighting to be among the three that will move to the main round, so we came into the court with that mentality that we had to win, and thankfully we did it.

HP: Tomorrow you’ll play against Hungary in a…

Capote (interrupting): -This is what I was telling the guys today, I don’t know who invented this format in which we play two days in a row, because it’s a rather difficult tournament, and I think for all teams, but for small teams like ours especially, who have short squads, it’s very tough to play one day after the other. So we’ll play against Hungary, we need to win it, they come from a draw against Argentina and I don’t know what will happen with them tonight, but it’ll be an endless match for us.

HP: And what do you think will be the key to play against them tomorrow, besides resting well?

Capote: -First of all, our defense; then things will have to work better than today, I think that as the days go by, we’ll be able to play better together. Then we’ll also have to hope that their goalkeepers don’t have a very good day because they have very good goalkeepers and a rather tough defense, maybe it didn’t looke like it on the first match against Argentina, but they left Slovenia out of this World Championship in the qualifications, so I think it’ll be a very hard match.

“Today was a really bad day. We played an excellent match against Sweden on the first day, of course we couldn’t win, but I was really satisfied with the performance of the team; but today it was my mistake, we didn’t prepare the match very well; we prepared some things but they surprised us with their defense, and the attack, they were simply better than us”.