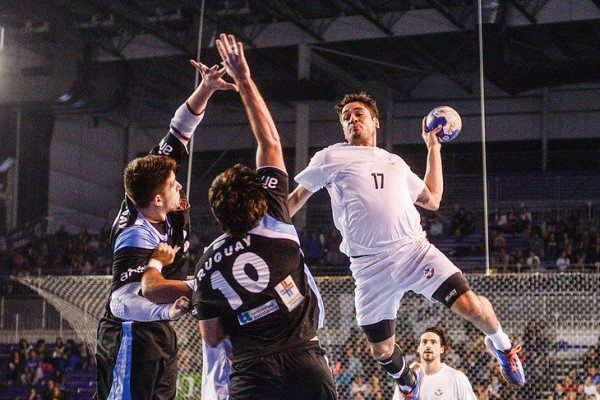 The Chilean team reached the final for the first time ever after defeating Uruguay by 31-24. The conducted by Spanish coach Mateo Garralda have had a great performance throughout the entire tournament and they have now sealed their participation in France 2017 and a spot in the final against Brazil.

They say there’s a first time for everything. Chile has proven this today, after qualifying for the final of the Pan American Championship for the first time ever. The team reached the semi-final with four victories and only one defeat, against Argentina, on the last match of the first round. They were only 8 seconds away from that fifth triumph; but despite the loss they secured the first spot on group A. Uruguay also made it to the final 4 after 4 wins and only one loss, in the hands of Brazil.

This was a remake of the last Pan American Games’ third place match in Toronto last year. Both teams knew each other well, but Chile had some old ‘new faces’ on the squad and on the bench, compared to their last encounter. Chile started off well but was unable to take off completely on the scoreboard and the first half finished with a one goal lead: 14-13.

It was on the second period that the Chilean squad was able to play to its fullest and the difference stretched right away. Although Garralda’s team suffered 7 exclusions, it was able to pull through and had no trouble succeeding and reaching the last minutes of the match with certain calmness.

Alejandro Velazco was the top scorer for Uruguay with 5 goals while Nantes’ right back Rodrigo Salinas netted 7 times for his side.

One of the old ‘newcomers’ for Chile was centre-back Emil Feuchtmann, who stated: “I think that our handball philosophy led us to where we are now. We never stopped playing the way know, and doing the things we know. I think that besides the tactical tips, which we needed, Mateo has given us a lot within the emotional aspect. I’m happy to be back in the national team and especially playing a Pan American final, not even in my wildest dreams I would have imagined this”.

Rodrigo Salinas did not hide his happiness after the victory either: “We knew a lot was at stake in this match, whoever won would have a ticket for the World Championship. We did not start very well, in defence or in attack, but on the second half we adjusted everything. This will be Chile’s first time in the final, we know we don’t have anything to loose. We’ll do our game, knowing that we’re starting a new process in which we’re growing, and we have to focus on what we’re able to do, rather than in Brazil. We’ve taken a big step forward coming into this final”.

The final between Brazil and Chile will be tomorrow at 16:30 (GMT-3) and it will be streamed live on this link: http://www.panamericanohandball2016.com/#!live-streaming/x2m1q