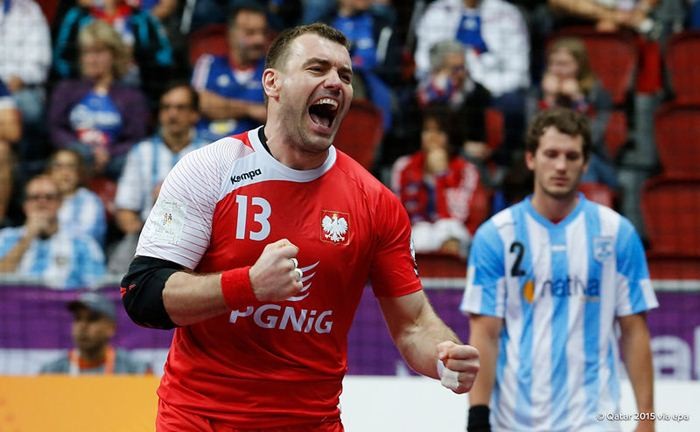 Poland won first points after two starting defeats in Rio! The Polish national team were dominant in the clash of Round 3 against Egypt 33:25 (16:10) providing no stress experience for all their fans.  Talant Dujshebaev guys stayed focused from the first moment against the “empty” Egyptians, who couldn’t cope with the Europeans once again after two “one ball” matches against Slovenia and Sweden.

The best African team was in the game until 3:3, but who will win it was almost clear after 25 minutes, when result was 15:7 for the “Eagles”.

Daszek and Eissa was TOP scorers on two sides with six goals each.