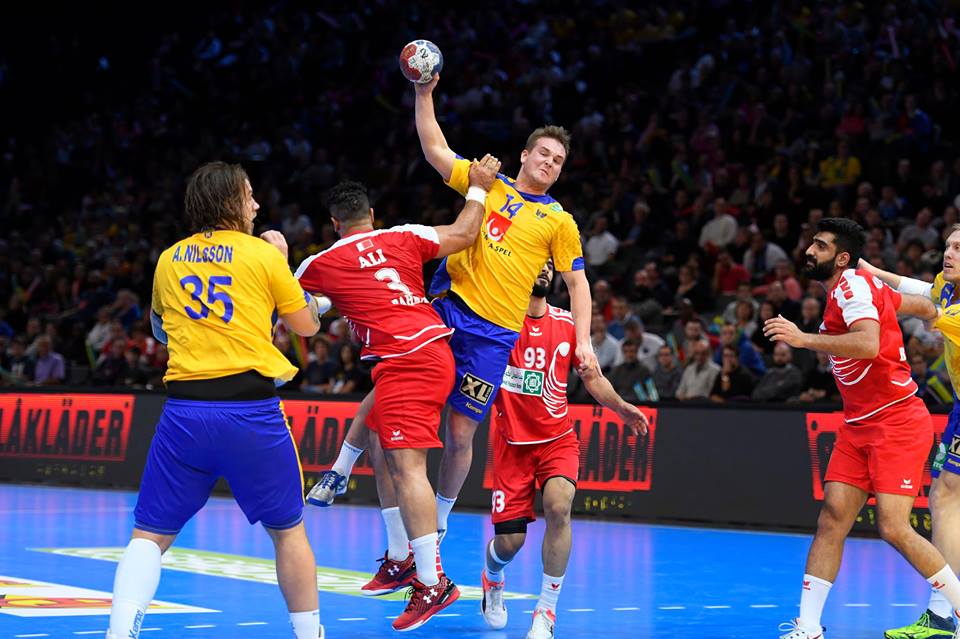 France and Sweden let their rivals to score 16 goals each in their matches of Friday’s programm at IHF World Championship 2017. The host team, once again, netter 31 goals, like in the opener against Brasil, but this time rival was Japan – 31:16 (17:6). Sold out Arena in Nantes with 10.500 spectators witnessed another “boring game” by team of Didier Dinart.

Like against Brasil, strong defense was crucial thing which made the difference between two teams. The newcomer in the golden French team, line player Ludovic Fabregas scored seven goals as the TOP scorer of the match.

Swedish team opened match with 5:0 series against Bahrain –33:16 (17:5). Asian team netted first goal in 10th minute and even then it was clear that quality is on Scandinavian side. Motivated goalkeepers Palicka and Appelgreen saved 20 balls in total to help defensive line in their work. A lot of easy goals put Jerry Tollbring on the helm of the TOP scorer list with 10 goals.