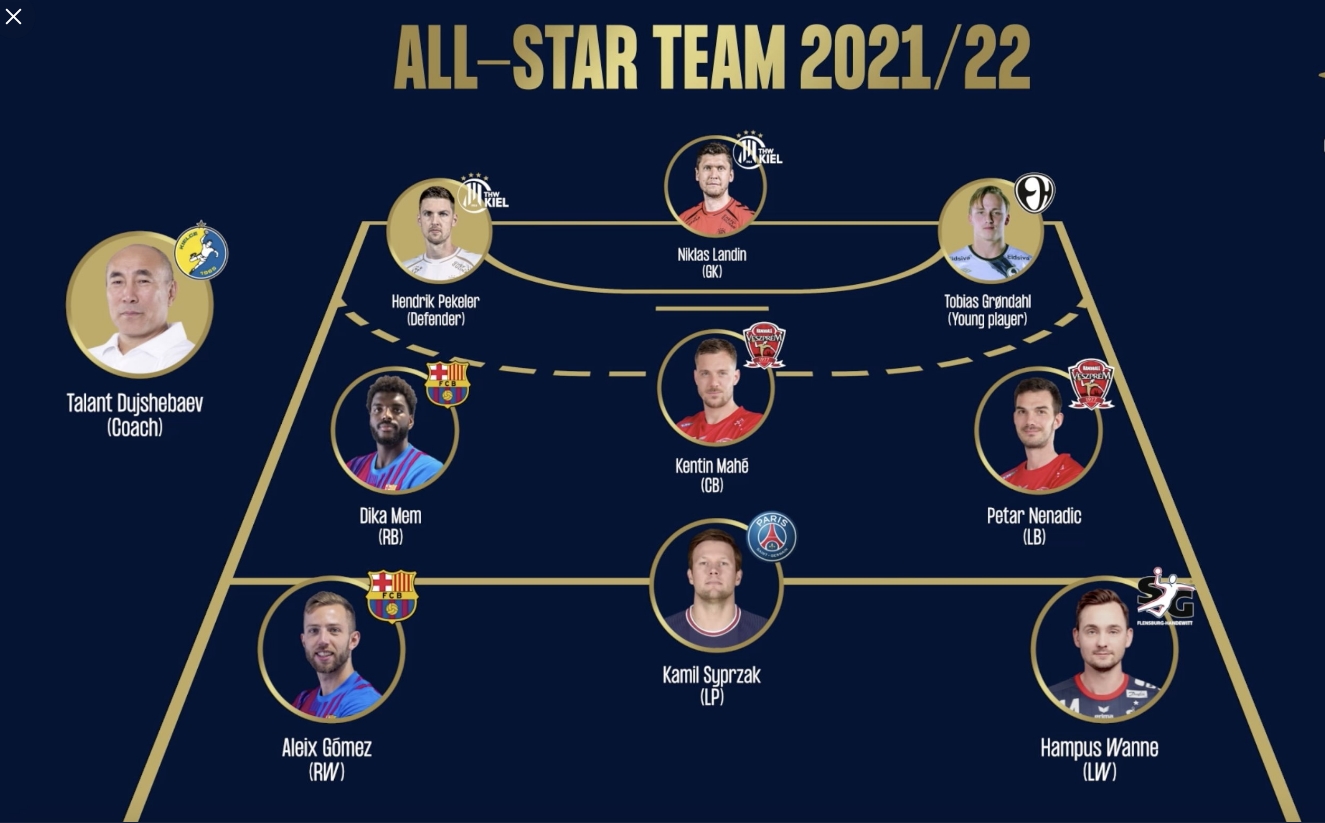 THW Kiel goalkeeper Niklas Landin and Barça right wing Aleix Gomez have secured their third consecutive places in the EHF Champions League Men All-star Team, with the 2021/22 edition including five returning individuals and five players making their first appearances among the best of the competition.

While Landin was named the best goalkeeper in the competition in 2019/20 and 2020/21, Gomez was the All-star Team right wing in 2020/21 and best young player in 2019/20. This season’s Best Young Player nod goes to only the second Norwegian ever to make the All-star Team in the EHF Champions League Men, after Sander Sagosen: Elverum’s Tobias Grøndahl.

Also returning to the All-star Team are two French players: Barça’s Dika Mem as right back, after being named in both 2020/21 and 2017/18, and Veszprém centre back Kentin Mahe, after his first nod in 2018/19. Mem, the current top scorer of the competition, was just 20 when he was first part of the All-star Team.

The last returning name belongs to a coach: Kielce’s Talant Dujshebaev. Dujshebaev has scooped the award for the first time since 2014/15, when the coach position made its debut in the All-star Team.

Making their first appearances are Flensburg left wing Hampus Wanne, Veszprém left back Petar Nenadic, PSG line player Kamil Syprzak and best defender Hendrik Pekeler from THW Kiel. Nenadic breaks a long run of PSG left backs dominating the All-star Team, with Sagosen (now Kiel but with PSG for his All-star Team seasons) and Mikkel Hansen having alternated in the position every year since 2016/17. Coincidentally, the last All-star Team left back not from PSG was Nenadic’s coach at Veszprém — and also Serbian — Momir Ilic, in 2015/16.