FAKE NEWS, WELCOME TO HANDBALL - But, media isn't only to blame! | Handball Planet 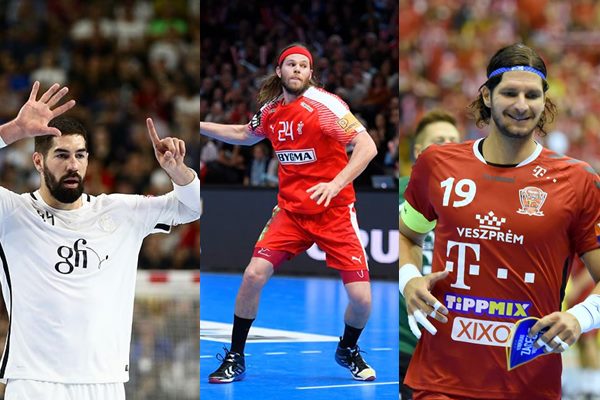 As sport which is in shadow of the bigger products like football or basketball, struggling to get that prefix “global” due clear fact that it is only statistic mistake on the market of North America, China or Australia, handball, the latest, faced with the term of “FAKE NEWS”, established in politics last year during American presidential election.

You can guess about whom we are thinking about, and yes, you will be right if you link the whole story with the transfer of Andreas Wolff, which media in several countries called “the biggest ever in handball history”. How it happened that some “serious media” wrote about 3.000.000 transfer fee of the player who will be a free agent in the moment of contract signing and about 4.000.000 EUR for four years of playing at PGE Vive Kielce, where salaries go approx until 40.000 EUR (OMG, rumours, once again) per month? It is firstly question of logic, then journalist’s ethic, intention that handball gets a new dimension and not only “boring one – 40×20” in situation when it is normal in other sports, and on the fourth-place constantly lack open and wide information about salaries/money in our sport.

The first two thing we will skip as logic and ethic is something that requires more than one article and certainly, we are not someone to give lessons…

But, there is a strong need to point out that these things would not happen in situation of clear relationships and not half-black, but normal and open handball market.

Why don’t we know the TOP 10 highest incomes in our sport? Why that has to be a secret in handball and it’s not in other sports? Because we are ashamed with a comparison to the others? Why we don’t have clear situation about market value of the players, their court and off-court potential. Teams, agents and players, in most cases, acting like in their private game which has to be followed by millions of people around, who can only watch 40x20m and don’t care about anything else linked with the stars they follow.

Important thing, EHF and IHF still didn’t make serious steps to put regulations on the market of players’ agents and agencies. They don’t have proper licences for those people, who can act without specific education or experience. There is no visible official document on any websites where we can see their names and profiles. They are mostly people who are coming from the shadow, taking 5,7, 10% of the bruto-annual salary of the player, and getting back to the shadow, ready to cooperate with the media only in terms of self-promotion or trying to make a bigger price for their clients.

But, it is a past time when media and fans wanted only to count goals and nice assists from players. Now, they want to know all. Handball factors want to stay “small players” in the global sports game where the money is. That is impossible. Only what we have are the rumours, so some L Equipe stats about players wages in all sports, gave as once a year, chance to see where handball practically is. That is the only chance for hundreds of thousands of fans all across Europe to get, not complete, answer on simple question – who is the highest paid handball player in the world? This is also the way to make handball more attractive to the market. If we know how much earn president of some country, why salary of handball players should stay secret? If Stoke City fan knows that for his second defensive Middle-fielder from Peru, if you can find a list of TOP 50 European basketball players…

And, of course, it is like a wave. If you don’t have any info, you have to look for it. Speculations start in that specific moment when you crash in the wall of secret. Teams can be anger on media, but only in the case when they are ready to serve them right information in the right moment. In other cases, someone will research, someone will throw millions and billions of dollars, euros, everything, and most of media will just copy-paste in order to get their clicks…

So, who is the most paid handball player – Nikola, Mikkel or Laszlo? Who is in TOP 10, Domagoj, Uros, Arpad, maybe Andreas?