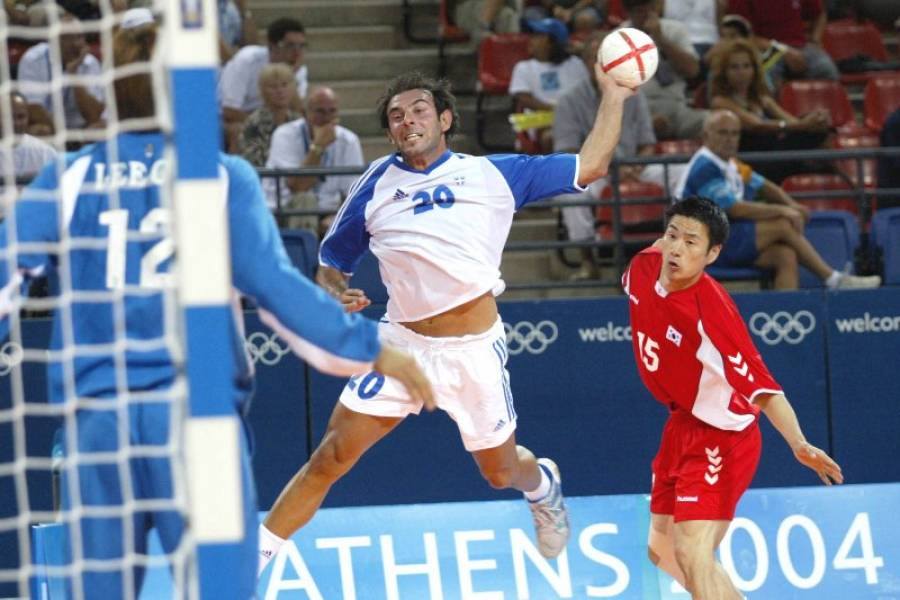 After a huge career with a lot of success, Savvas Karypidis, who is one of the biggest names in the Greek handball history, announced the end of his playing career in National Team. The 35-year right wing was a part –and last years captain- of the most successful Greek National Team, which take 6th place two times in row at Olympic Games 2004 and World Championship 2005.

Savvas Karypidis has played in the youth national teams last 20 years, last 15 in “A” team. He won the Swiss championship in 2005 with Kadetten Schaffhausen, when he was called to play also in World’s all star team. He was TOP scorer of German Bundesliga in 2009 as a player of MT Melsungen with 282 goals in 34 games!

Last summer Savvas Karypidis returns to Greece after 8 years and he is playing now in Greek champion AEK:

– Every circle close, thank for all – Savvas Karypidis said in official statement:

– Ι had the change and the honor as Greek athletic to be and member and captain in something enormous. I grow up and i live big moments with National Team. It is a great pleasure to participate in Olympic Games who organized by my country. I want to thank my parents, my wife, my friends, my coaches and the players who played together in National Teams all this period – concluded Karypidis.