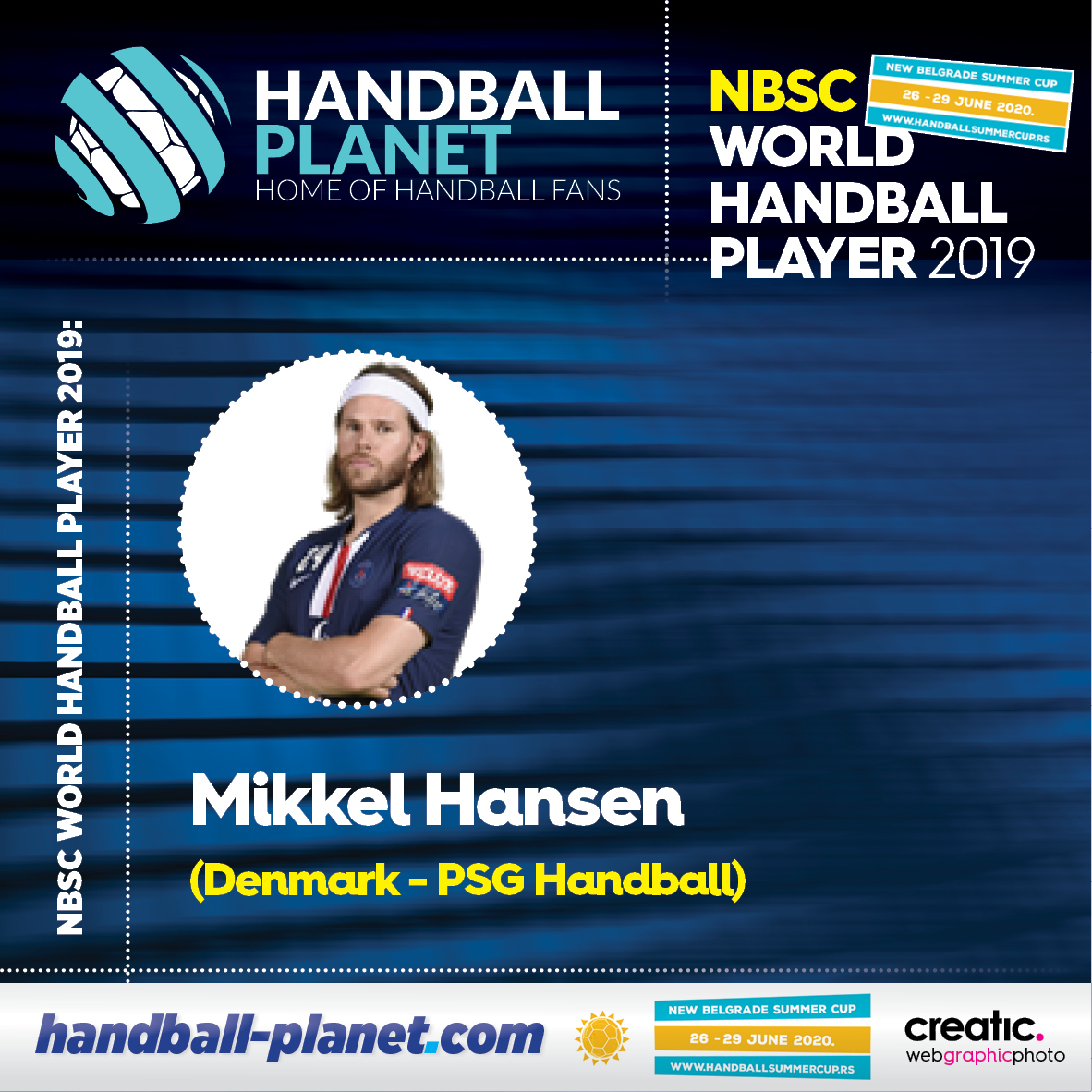 Handball-Planet.com is proud to announce the results of our traditional Contest for the WORLD HANDBALL PLAYER 2019 powered by New Belgrade Summer Cup. The Danish superstar, left back of Paris Saint Germain Handball, Mikkel Hansen, got the highest number of points based on cumulative votes of 21 members of the international jury of handball journalists and visitors of our website. The year 2019 began with amazing performance of the Danish team at Men’s World Championship 2019 which ended in Herning with golden story of Hansen and his team-mates led by Nikolaj Jakobsen.

The Most Valuable Player of WCh 2019 had also quality performance at VELUX EHF Champions League 2018/2019 and helped his team to win the French LidlStarligue 2018/2019.

Mikkel Hansen has already won the Handball-Planet.com award in 2016.

In three weeks of voting, all of 32 nominated players have got amazing support by the handball community. Handball lovers voted (68.174) for their favorite players in eight categories.