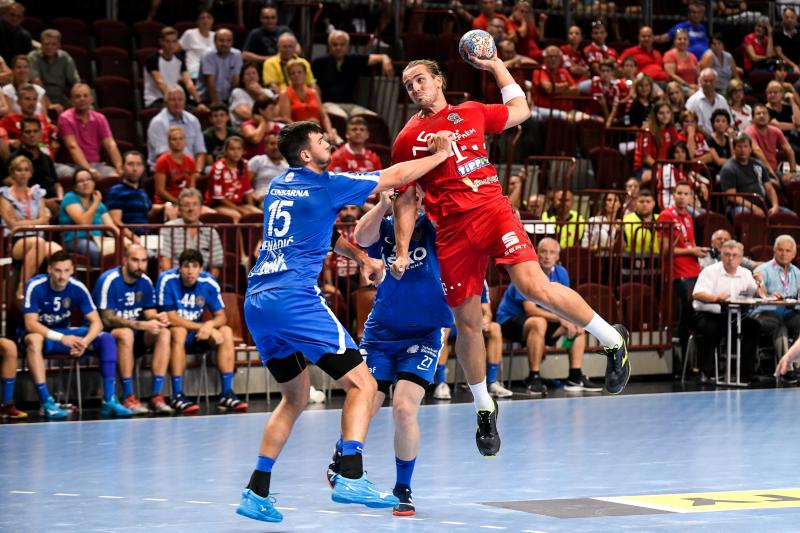 One of the biggest stars of Norwegian handball, Kent Robin Tonnesen, will be the main actor in the one of the biggest transfers on the market in 2021. The 30-years old right back of Hungarian Telekom Veszprem will leave his club at the end of the current season in summer 2021.

According to Handball-Planet.com sources, a Scandinavian lefthander who came to Veszprem in 2017, will move to the biggest rivals of his current club – MOL Pick Szeged.

Tonnesen didn’t show consistency in TOP performance in 4 years in Veszprem after he came on the wings of Norwegian first ever World Championship Final in Paris 2017.

Bad form and injuries put him out of the first line-up. This season, Spanish star Jorge Maqeuda and especially promising Egyptian Yahia Omar are in the first row of the David Davis’ army.

Tonnesen was playing for four years in Germany at HSG Wetzlar and Fuchse Berlin, while his first international station was Swedish Savehof IK.

He will replace Stanislav Kašparek, the Czech Republic right back who is about to leave team coached by another Spanish coach Juan Carlos Pastor.

Croatian star Luka Stepancic is No.1 on right back position in Szeged, but definitely, experienced Norwegian can be a useful addition to the squad.

And it looks that this won’t be the only transaction between Veszprem and Szeged next summer. Stay tuned…