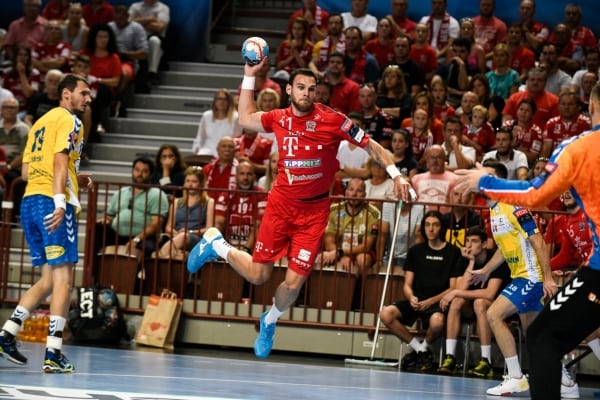 Share
Tweet
Share
Share
Email
Comments
After win over Kielce and lost in Barcelona, Telekom Veszprem have very important task to beat Macedonian RK Vardar Skopje in front of home fans (Saturday, 17.30 hrs).
– I think we still have a lot to improve. We can do some things better but I think we will reach the level we want to achieve. So far, I feel like we are connected to each other. All we have to do is to reach that said level, and everything will be great – says Veszprem’s left back Borut Mackovsek and adds:
I am happy because we won against Kielce. In Barcelona, we could have won, they could have been beatable if we had not made so many mistakes. We should not be so disappointed, because we played against Barcelona there, and they have a good and strong team. Now all the favorite teams have a loss and a win. Everything is still open, as it is only the beginning of the season. We could have played better in Barcelona. I expect a crazy good atmosphere in the Arena against Vardar. I expect nothing else than a win. We know that we are the favorites because we play at home. We have to win!