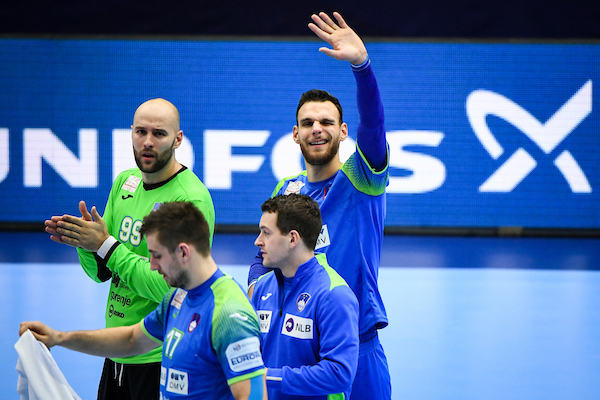 Slovenia will play in their second EHF EURO semi-final, the first after 2004 in Ljubljana, when they lost in the final against Germany. Left back Borut Mackovsek is more than eager to win the trophy with his team-mates from the national team. Telekom Veszprem left back speaks about his desire to see more Slovenian fans at Tele 2 Arena in Stockholm, but also what is plan to do if they lift the trophy on Sunday:

Slovenia will play against Spain for the place at the final.