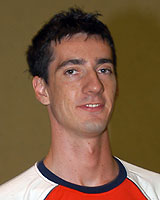 Hungarian second best team PICK Szeged will have two 200cm tall left wings for the upcoming season. The Spanish coach Juan Pastor, obviously, builds the wall in front of his goal. The 34-years old Serbian left wing Marko Ćuruvija will be useful addition to the squad next to Jonas Kallman.

Curuvija has reach international experience. He played in ASOBAL (Ademar Leon, Logrono, Teucro) where he was even a season’s TOP scorer, but also in Macedonia, where he spent to seasons in RK Metalurg.

He signed contract for the next season with the possibility of extension until 2017.

Curuvija will replace Atilla Vadkerti, who left the club after 16 years…