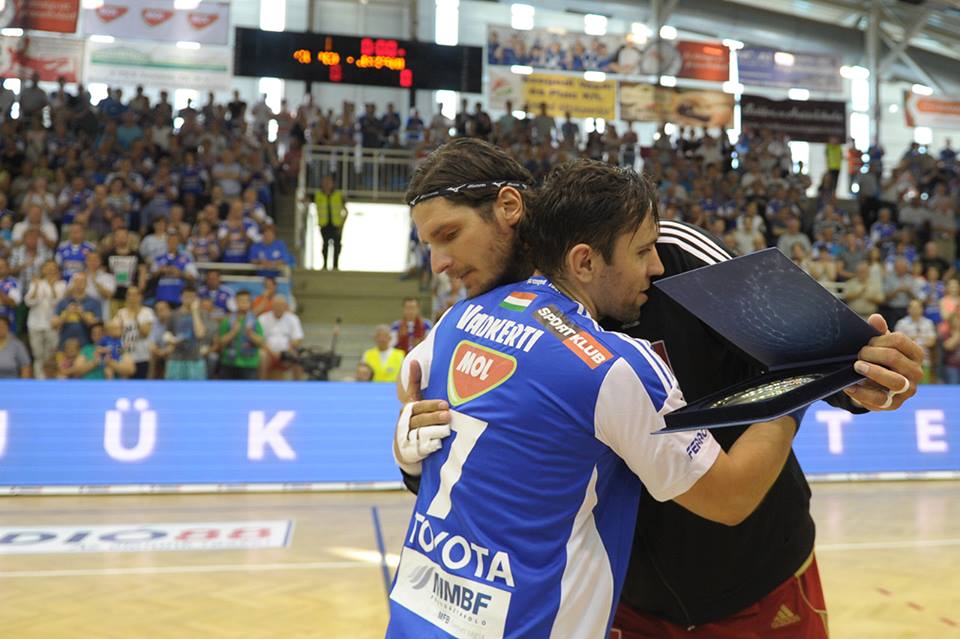 “Moment for the handball history” is only one of the titles which perfectly describing the last 20 seconds of the PICK Szeged – Veszprem clash at the end of the season in Hungary. The World Best Player 2011, Hungarian handball legend Laszlo Nagy did something which is much more than ordinary fair-play.

The 34-years old right back called his rival and friend, Atilla Vadkerti, to come inside the court and gave him the ball to score the last goal on the match. The moment for that was more than perfect. That was the last match for the legendary PICK Szeged left wing who played for the club since 1999.

Gesture to inspire all the handball players worldwide and to remind what is the most important in sport.