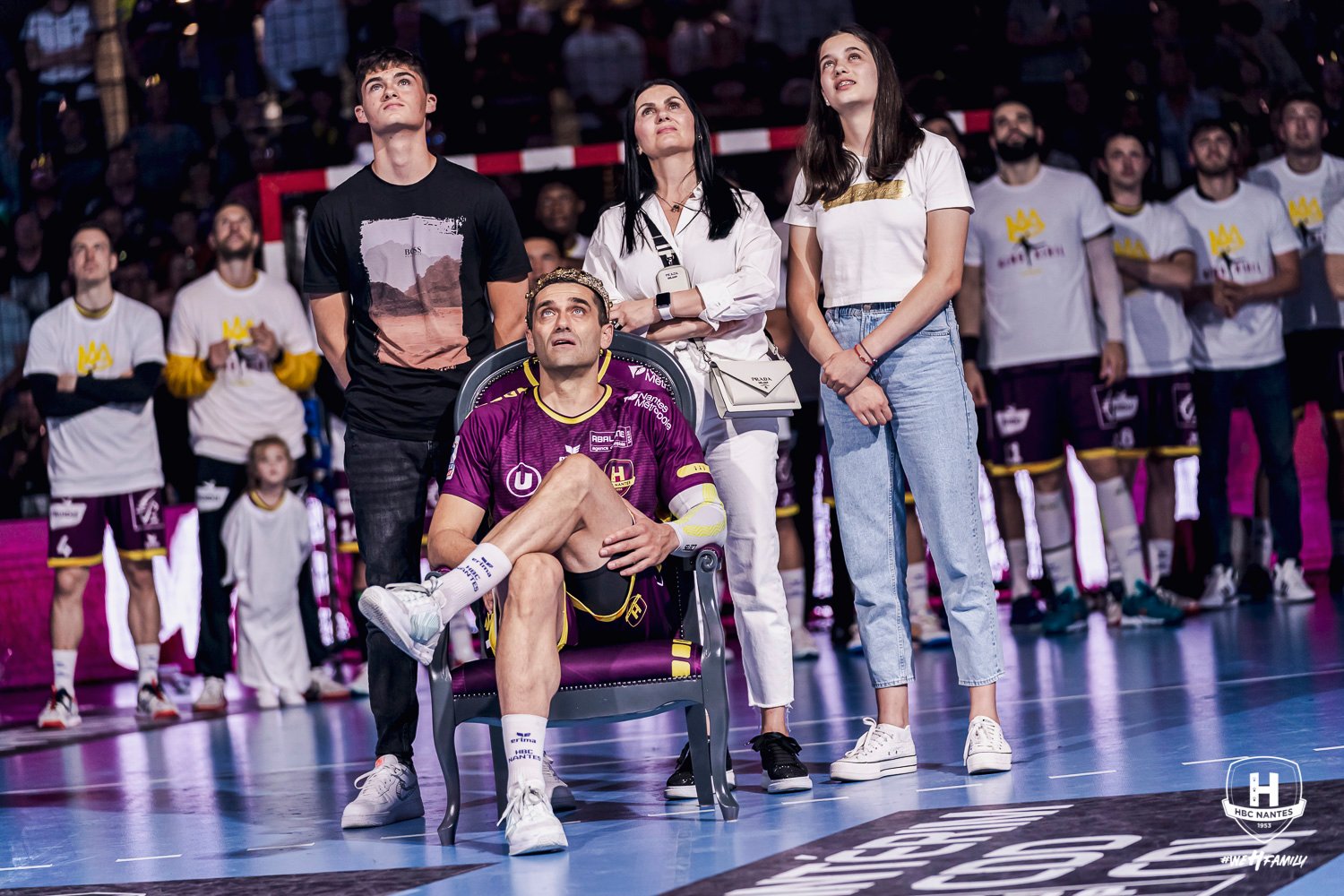 HBC Nantes had special night in the last home match in the season 2021/2022. Almost 6.000 fans at H Arena put the crowns on their heads to show respect for the first superstar which wore t-shirt of their club Kiril Lazarov who will end his career at age 42 at French Cup Final on Saturday in Paris against Paris Saint Germain.

Lazarov was sitting in the king’s chair surrounded by his family while special people in his career (Cervar, Dujshebaev, Pasqual, Karabatic, brother Filip, etc) sending message to him and the handball world on the big screen.

Take a look how it was…

The last home matches in Nantes’ jersey have played Dragan Pechmalbec, David Balaguer, Mickael Robin, Milan Milic, but also coach Antonio Entrerrios who will overtake Limoges from the next season.