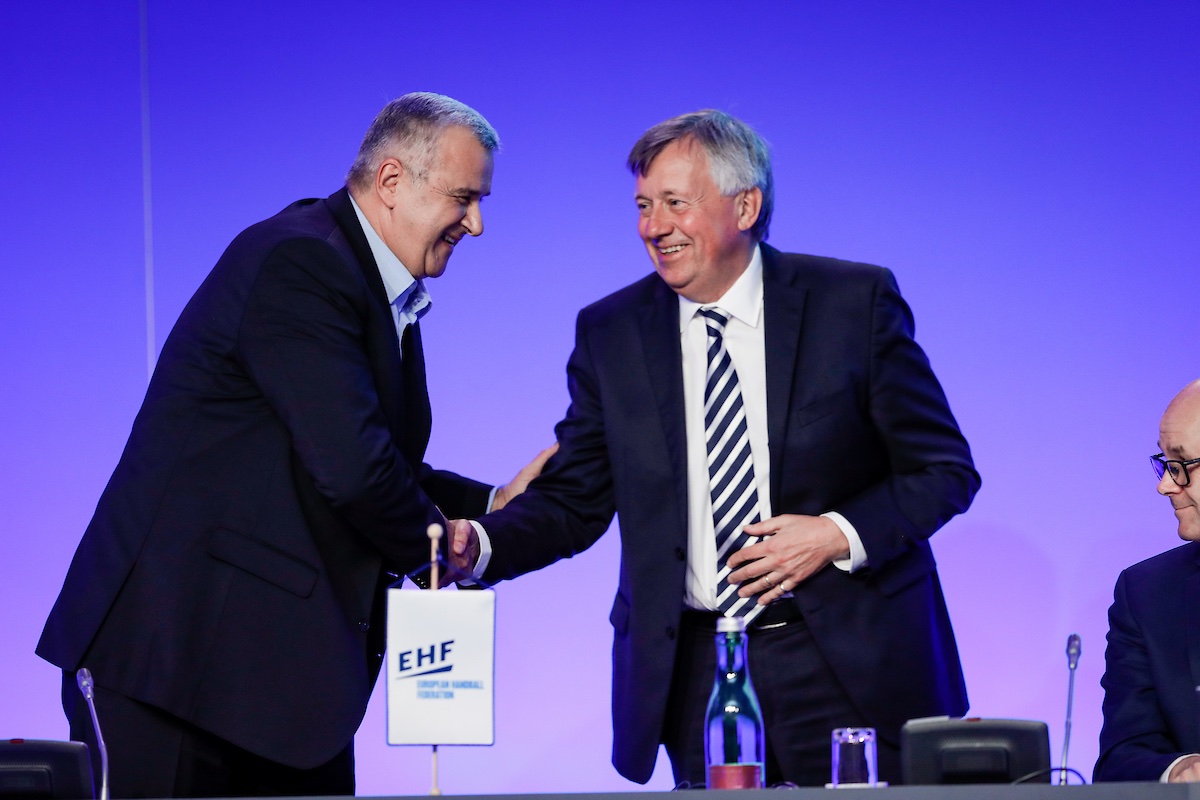 Michael Wiederer will stay at the helm of the European Handball Federation for another four years.

The 65-year-old was re-elected as EHF President by the EHF Congress 2021 in Vienna on Friday.

Wiederer’s second term as president will run until 2025. The Austrian was first elected in 2016 at the EHF Congress in St. Wolfgang, Austria, where he succeeded Jean Brihault from France. Wiederer had been the EHF’s Secretary General since 1992.

The elections for the top positions in European handball were the focus on the first day of EHF Congress 2021.

Together with the EHF President, the EHF Executive Committee was elected at the congress.

Henrik La Cour (DEN) was re-elected as Vice President Finances. He was the only the candidate.

Bozidar Djurkovic (SRB) remains the chairperson of the Competition Commission.

Furthermore, Bente Aksnes (NOR) was confirmed as additional representative after a corresponding motion on the election mode for gender representative had been approved by the congress.

The representatives of the Professional Handball Board, Women’s Handball Board and Nations Board will be nominated by the respective bodies.