Norge girls one step closer to Budapest: Solberg unlocks the keys to the victory | Handball Planet 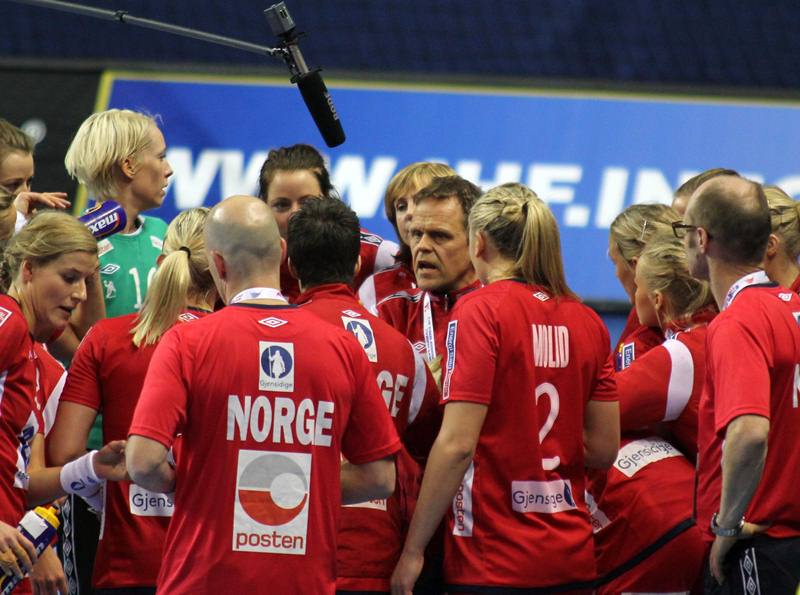 After an impressive performance by Silje Solberg on the second half, Norway beat Spain 26-29 in a match that was decided with only 1:20 left on the clock.

The Euro 2012 runners up took their first victory of the main round after an exciting game against Spain in Debrecen. The team conducted by Thorir Hergeirsson trailed during great part of the first half, due to the hard work of the Spanish defence and some own mistakes. Nerea Pena, who was chosen MVP for the Spanish side, was in great form and caused trouble in the Norwegian area.

With 17” left to be played on the first half, Spain led 16-15 and had the last possession in the attack to extend the difference, but a lost ball resulted in a fast break from Norway; the ball moved fast from Solberg to Oftedal and from her to Betina Riegelhuth who threw a missile from 11 meters and tied the match as the buzzer rang.

Norway showed their intentions on the second half and found a way to break the fierce Spanish defence, whose goal was now defended by Ana Temprano. Shots from long range became the most effective way to score as well as the fast breaks. Solberg was still solid and was now building a wall under the posts (12/21 saves on the second half) in the key moments of the game, because Spain was not giving in at all. The attacking trio formed by Pena, Aguilar and Mangue was still damaging Norway and the break was only decided with 1:20 left to be played.

Nora Mork, who had only scored once in the entire game, took a long three steps across the nine meter line from right to left and scored right through Navarro’s arms to settle a two goal difference. Spain rushed to shorten the score, but then again, Solberg was there to shut down the goal.

Nerea Pena (MVP for Spain) and Betina Riegelhuth were top scorers of the match with 7 goals each. Experienced Heidi Loke (who scored 3/3 and caused two 2’ suspensions) was chosen MVP for Norway. On Monday, Olympic champions, who now lead group 1 with 6 points, will take on Poland and Spain (+4) will face Romania.