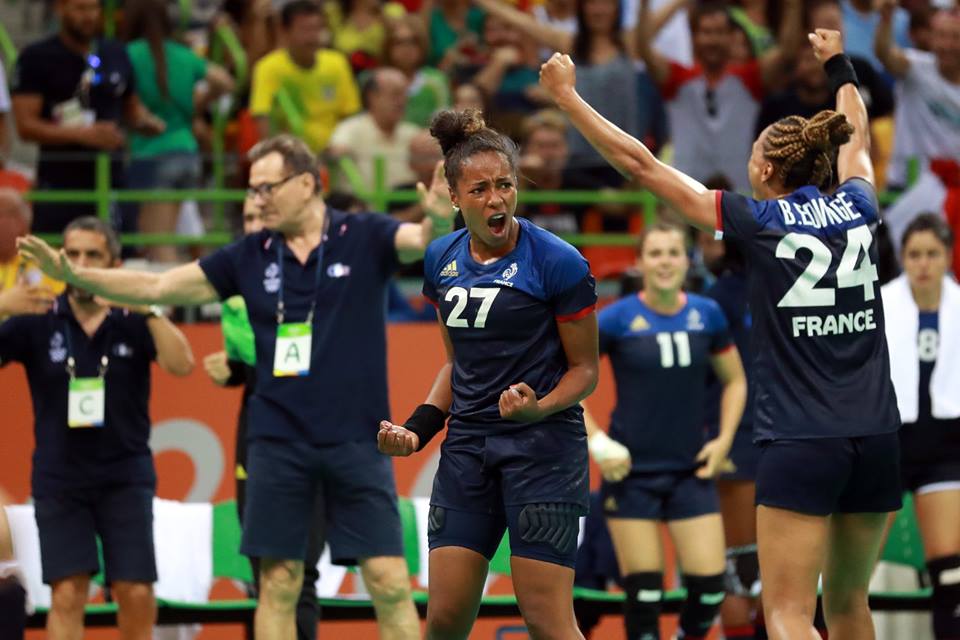 The French girls will play for the first Olympic golden medal in the history! The team of Olivier Krumbholz wasn’t among the major favorites to win the tournament in Rio based on results in previous years, but at the end, France beat Netherlands 24:23 (17:13) and wait winner of Norway – Russia clash in the big final on Saturday.

The tragic role of Olympic semi-final had Louise Abbingh, who hit the post three seconds before the final whistle. One of the French heroes was Amandine Leynaud, who saved few open shots of the rivals in the last few minutes of the match.

The Dutch girls began better 4:2 and 5:3, but Pineau and team-mates made turnover until the end of half-time. She was TOP scorer with seven goals, Lacabrere netted six, while Van Den Heiden scored eight in „Oranje“ team.