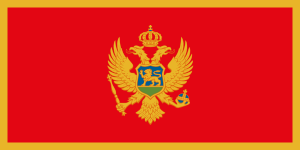 The semifinals are now known. It’s Norway against Korea and Spain plays against Montenegro. As previously reported, Norway won against Brazil after a big comeback from -6, while Spain could beat Croatia more easily only after Penezic went out. In the last two, Korea saw a great fight against Russia, and it was a tight 24:23 victory for the Korean girls. In the last game, the most interesting perhaps of today, Montenegro won 23-22 against a very strong French side, with a last second goal from penalty by Katarina Bulatovic.