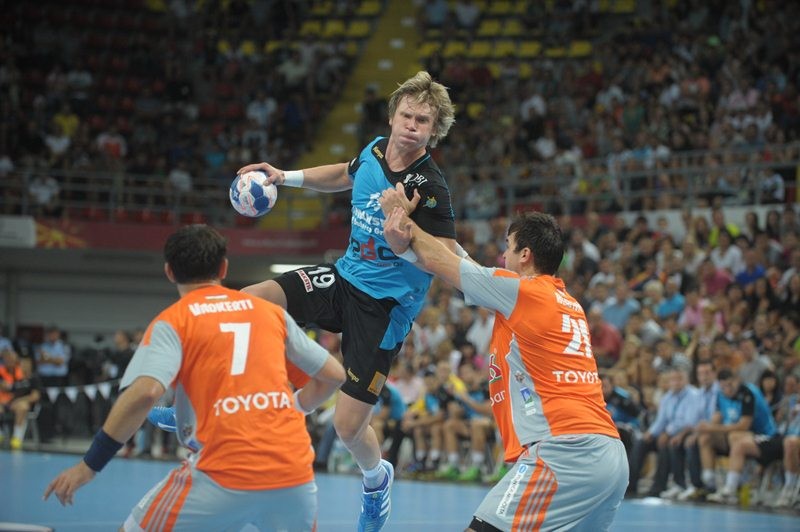 Russian star Pavel Atman (26) has signed contract with MVM MKB Veszprem which will bring him to the capital of Hungarian handball from the summer 2015 according to Macedonian website – sportmedia.mk. Bad financial situation in Macedonian champion – RK Metalurg, will force some of the biggest stars of the team to look for another challenge. One of them is Russian left back – playmaker, which contract in Skopje coming to the end next June, and that means that he is able to sign contract with Hungarian as a free agent.

Same source writing about three unpayed salaries in RK Metalurg, which could make the problem according the rule of EHF under which players are free if they don’t receive two salaries…