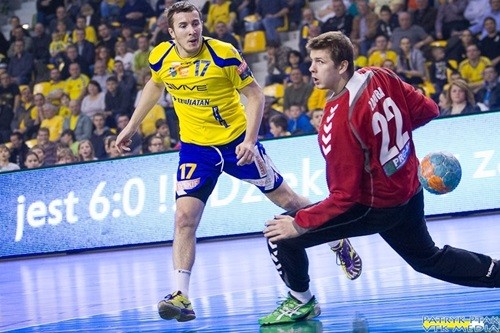 In the third round of the Polish league Vive Targi Kielce beat at home Azoty Puławy 34:19. Before the match, one of the main aims for Kielce team was to improve attack – the aspect which did not work well in their previous matches. It seems that the mission was accomplished, partly at least; Polish champions scored more successfully and the final result confirms it. Vive were leading from the very beginning; they gained 5 goal advantage until the halftime and were getting better and better in the second half. Guests from Puławy tried to make it harder for Kielce with 5-1 defence but they did not succeed. Sławomir Szmal did quite well in Kielce’s goal; it was also a good game of Grzegorz Tkaczyk who thus became the top scorer with 6 goals.