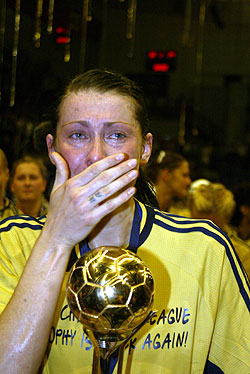 Montenegro had the biggest success in handball history winning the silver at the Olympics, losing the final to Norway. Bojana Popovic will retire from the national team after this game, and she was very direct when it came who to blame for the defeat. The finger is pointed at the Bonaventura sisters: “It was seen from the beginning that they will help Norway, starting from the exclusions up to situations in which they whistle us travelling on the second step while Norway nothing even on the fifth step. We expected that, and it’s a pity that they managed to make us angry with the unfair refereeing. We know that it will be like that, it’s not a coincidence that they were refereeing us in Brazil and here too. Whenever needed, them too are there to help Norway. They were nowhere during the whole tournament, and now they showed up..” – was clear Popovic.