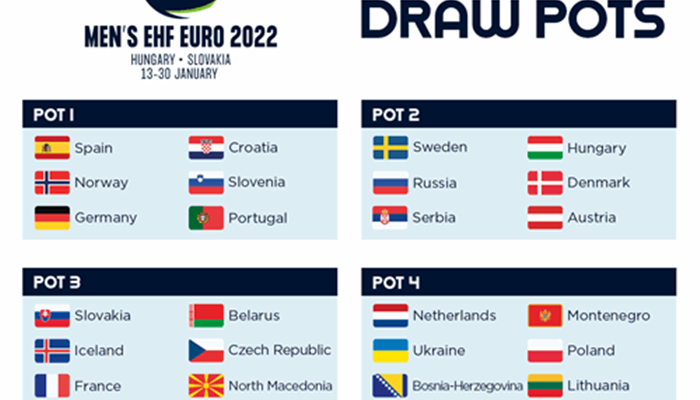 For the Men’s EHF EURO 2022 draw, the 24 teams have been divided into four pots of six squads. The seeding for the pots is based on ranking at the EHF EURO 2020, updated with consideration for ranking in the qualifier groups.

The pots are as follows:

Six teams have already been allocated their group (and row, according to pot), with EHF EURO 2020 runners-up Croatia set to play in group A in Szeged; co-hosts Hungary to start in group B in Budapest; EHF EURO 2020 semi-finalists Slovenia to begin in group C in Debrecen; Germany in group D in Bratislava; Czech Republic in group E, also in Bratislava; and co-hosts Slovakia in group F in Kosice.

Draw will take place in Budapest on Thursday 6 May at 17:00 CEST.