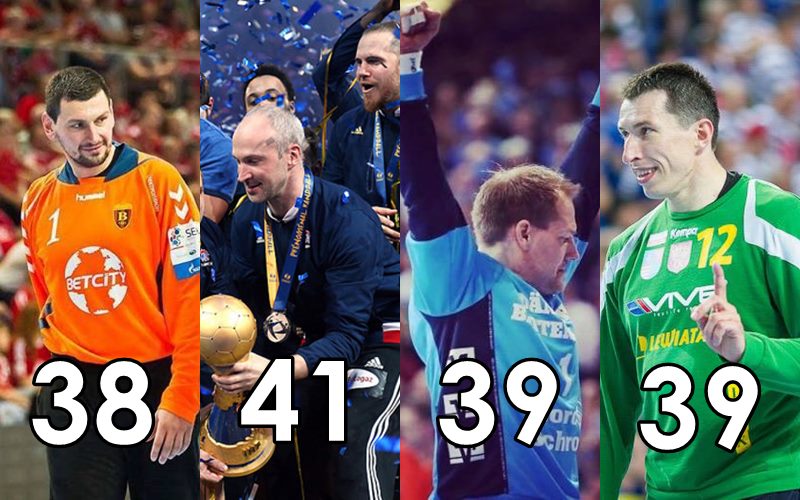 Week by week, season by season, competition by competition, always the same names. Professional career in handball lasts much more than 10 or 20 years before, but it is a real challenge to stay at the TOP until the end. Most of the players aren’t capable to stay on the level which they had before 35, but they put efforts until the final day. That isn’t a case with goalkeepers, who are still remarkable and the hardest question is “How long they could extend it?”.

Thierry Omeyer celebrated his 41st birthday on November 2, just few days before PSG Handball goalie had another outstanding performance to reach EHF CL BEST 7 of Round 6. It is still unknown whether “Titi” will continue career after June 2018, will he stay in Paris or try something new, but whatever he decides, he will be remembered as one of the greatest every, perfect until the last day of career.

Same as Arpad Sterbik, the hero of RK Vardar Skopje success in Cologne last May, when Macedonians wrote the best chapter of sports history of the whole country by winning EHF Champions League. Despite some statements that RK Vardar Skopje will be his last station in career at the end of contract in 2018, when Arpad will be 39, he decided to continue with Telekom Veszprem until 2020!

Mattias Andersson is still number 1 in SG Flensburg Handewitt. When Swedish “monster” is in mood, German team looks unbeatable for the most of European TOP teams. The 39-years goalie got replacement in national team (Palicka and Appelgreen), but also in the club (Buric and Bergerud), but he can easily play in any TOP team.

Same as Slawomir Szmal (39). Member of PGE Vive Kielce will finish his career at the end of contract with Polish champions next summer, but experienced Pole is still capable to be the best on the court. In some points of career and life, people decide to change their priorities, even their performance is still outstanding and it looks that they can be on the level for some years more.

It is hard to predict who will, among younger goalkeepers, keep the highest possible level in ages of Omeyer and his generation, but at least, younger colleagues have role models, who one career has to look like from the beginning to the end.