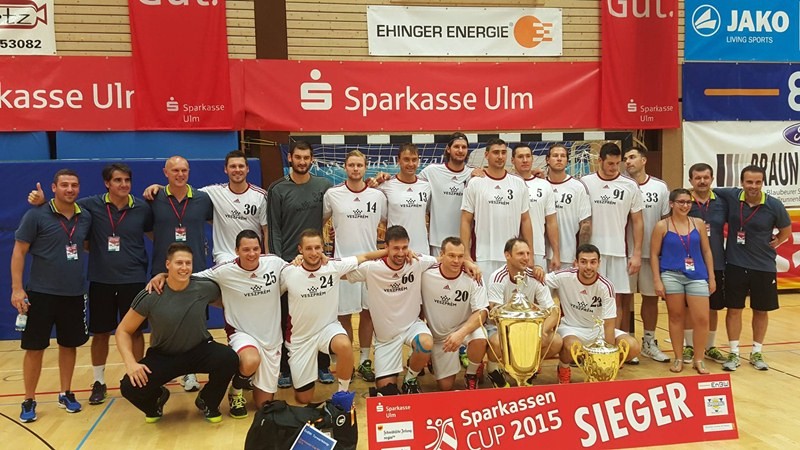 Hungarian champions MKB MVM Veszprem won the Sparkassen Cup 2015 in Germany for the third time after brilliant final match in which Antonio Carlos Ortega boys smashed THW Kiel 32:19. The final clash of the first pre-season tournament was also the replay of the VELUX EHF F4 semi-final with the same winner at the end.

However, it was much easier for Nagy, Ilic and Co. this time. Ivanscik was a top scorer with seven goals, Ilic added five, while the only worth to be mentioned in “Zebras” roster was Dahmke, who netted eight times.

The MVP is Gergö Ivancsik, while his team-mate Roland Mikler is the best goalkeeper.