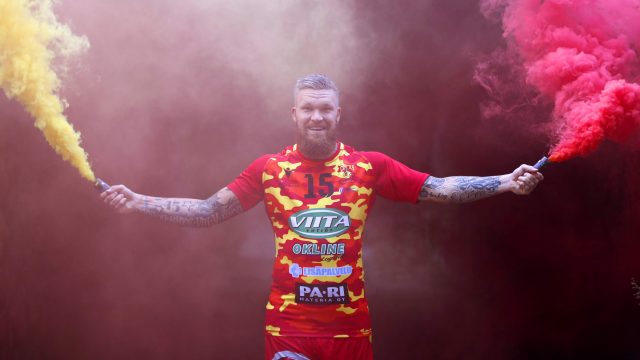 Riihimäki’s “own son”, as they called him on the official club’s website, Teemu Tamminen, the 33-years old captain of the Finnish champions Cocks will stay in the club until summer 2024.

– It is now clear that we cannot even imagine Teme playing somewhere other than Cocks, the club’s chairman Jari Viita says.

– A big step for the club is to hold on to Teme, thanks to the chairman and congratulations to Teme, coach Boris Dvorsek commented.

– It is great that the club reached an agreement with Tamminen. His presence is important not only to the team, but to the entire club and the city. He’s a leader type in every way, the kids fan him and the audience likes him. He is the engine of the team, maintains good energy in practice and games. I believe that our cooperation will go well, Dvorsek continues.

Left wing who scored 58 goals in the last season of the EHF CL is also happy to stay in the Finnish handball capital:

– It ‘s great and it feels like I’m valued in the company. The team changes for the most part, a new coach is added and there are new winds in life anyway, so this deal feels really good right now, Tamminen says.

Cocks are still waiting for EHF decision about the teams who will get wild-cards for the “new Champions League” format with 16 teams which will start from the season 2020/2021.

In the meantime new coach, Croat Boris Dvorsek is promoted.