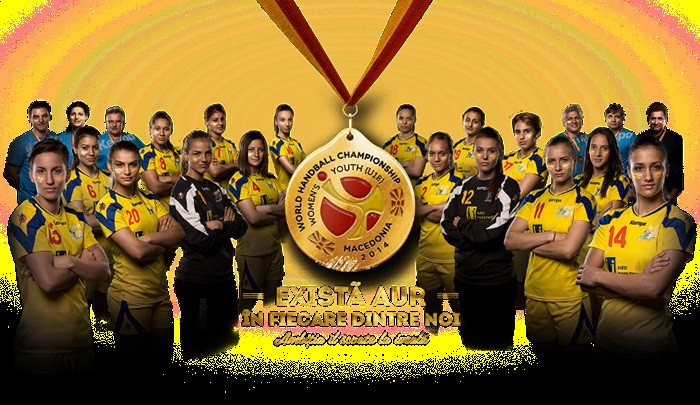 “There is gold in all of us. The ambition reveals it “- is the message through which the Romanian Handball Federation and BRD Societe Generale – one of the key sponsors of the Romanian handball – celebrate the performance of the women’s handball team who won the gold medal at the Under-18 World Championship.

BRD – Groupe Société Générale and Romanian Handball Federation announced the signing of a new partnership for the development of the Romanian handball.

The partnership begins with a campaign that focuses on the Romanian National Youth team which managed the best performance in 2014: the gold medal at the Under-18 World Championship. Such a performance had to be celebrated properly and used as an inspiration to future generations. To do this, we created a special execution: a limited edition poster containing the “champion’s gold ” won in Macedonia, posters that will be sent to each Romanian Youth Handball Club so serve as inspiration for the kids who start playing the game.

It is the first time a gold medal is shared by the champions literally. Each poster contains actual bits and pieces from the golden medal.