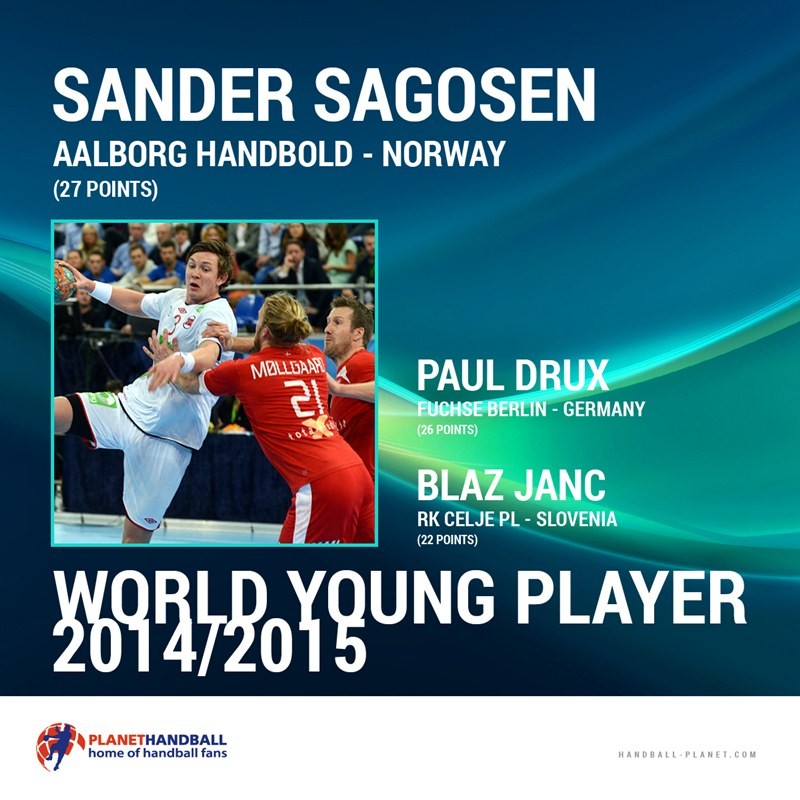 Handball-Planet.com is pleased to announced the results of Voting Contest for the World’s Best Young Handball Player 2014/2015 (generation 1993 and younger). Norwegian youngstar from the Danish Aalborg Handball, Sander Sagosen (1995), has got the highest number of points based on cumulative votes of the international Jury members and Handball-Planet.com visitors. Promising performance of the 20 years-old “Norwegian Karabatic” in his first EHF Champions League’s season (45 goals) and already the position of the leader in the Norwegian national team, were the biggest reasons why handball community elected Sander for the prestigious award.

Sagosen won the award in “dead heat” with the German left back Paul Drux, who stayed second with only a point less.

In two weeks of voting period 32.271 vote for 28 nominated players have shown the outstanding interest for our project, who has the goal to present the future stars of our sport.

Members of the Jury: