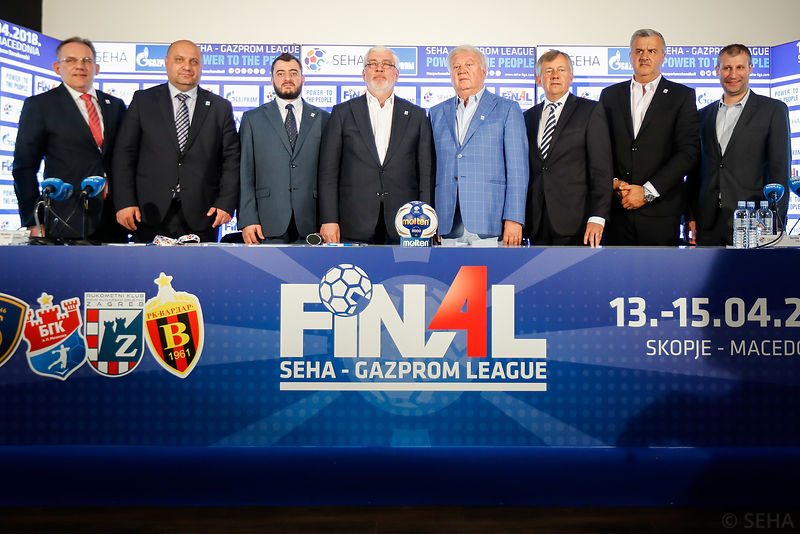 SEHA Gazprom League will finish the the seventh season today in Skoplje, where RK PPD Zagreb and RK Vardar will meet at the Final.

During the Press conference attended by one of the Gazprom’s directors Alexander Meshkov and EHF president Michael Wiederer, it was announced that League will have some changes for the next season in number of teams, but also matches per team.

Teams should have 14 instead of 20 matches per season which will help them to avoid tiredness in the crucial part of the season, but also attract some new TOP teams from the region