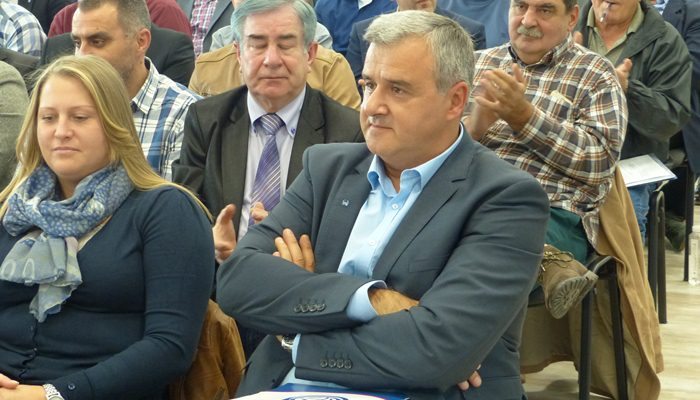 Bozidar Djurkovic was elected as the new President of the SEHA – Gazprom League, while Mihajlo Mihajlovski was awarded as honorary president. In addition, Tomislav Grahovac, Boris Sapozhnikov, and Zoltan Csik were elected as Vice Presidents, Zoran Sterjev, Eurofarm Pelister President as the new member of the SEHA Executive Committee, Sinisa Ostoic as Managing Director, and Marjan Nachevski as a Commissioner.

“First of all, I would like to thank everyone for ten years of successful cooperation, and in particular I would like to emphasize here that in those ten years we have created a respectable and high-quality competition that is organized at a high level. I am truly proud of the past period, and I am convinced that SEHA has a bright future ahead in the world of handball. Personally, I think that this is the right time to hand over my position as president to a person like Mr. Bozidar Djurkovic, whom I believe can continue the path that we have all built together in the last ten years with his knowledge and experience. I wish the new president good luck and success in building an even better competition, and I will always be one of the biggest advocates of this competition”, said Mr Mihajlovski.

“It is a great honor and pride, but also an obligation to become president and to succeed on Mr. Mihajlovski in this position. First of all, I would like to thank him for his many years of dedicated work and selfless contribution to the development of this competition, which has become one of the best in Europe. My goal is to continue the same path and, together with the members of the Executive Committee, to work year after year to make the regional league better and better. I believe that this competition has room for an additional step forward, and I hope that we will achieve the same in the coming period. Once again, I would like to thank everyone for the trust shown and I will do everything to fully justify the trust given” said Mr Djurkovic, the new president of the SEHA – Gazprom League.