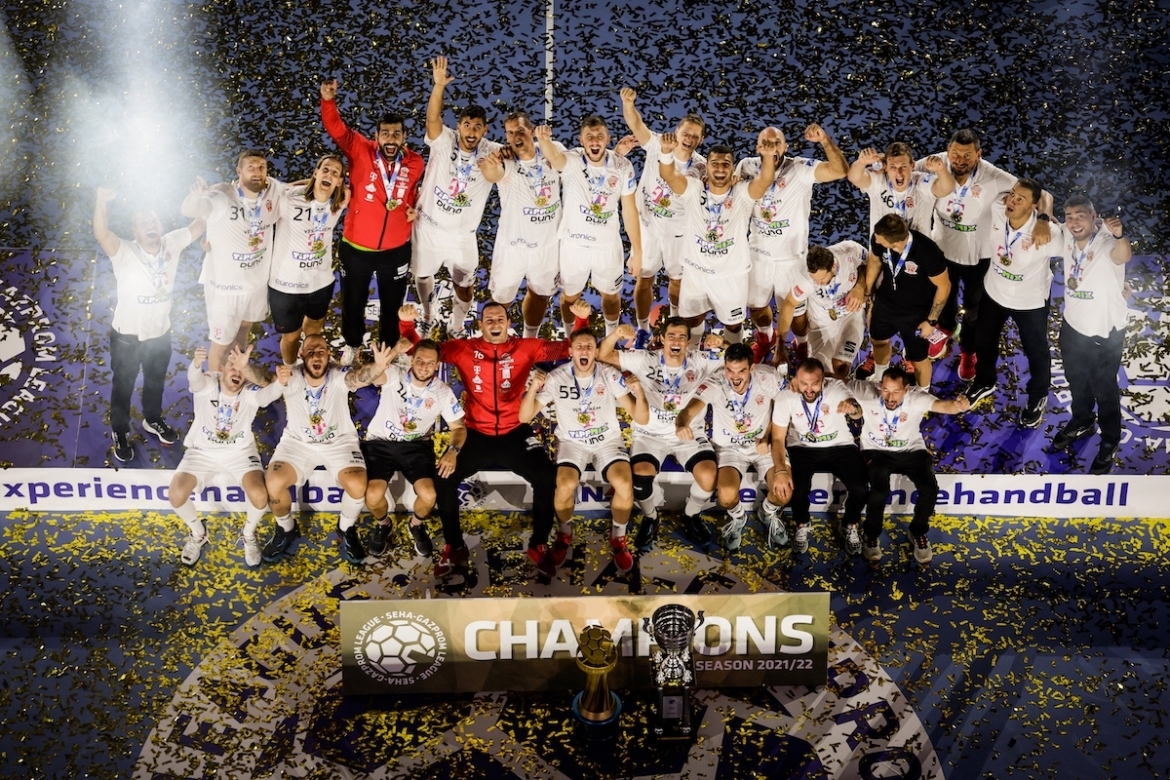 Telekom Veszprem have won the fifth trophy in the SEHA Gazprom League.

The Hungarian vice-champions have been six goals down after 30 minutes of the final in Zadar, but at the end managed to make a spectacular turnover against PPD Zagreb for 32:30 win.

The match winner was team captain Rasmus Lauge Schmidt, who scored the last two goals for the old and new SEHA Leauge champions. Telekom Veszprem now caught up to record winners Vardar 1961 with their fifth trophy after 2015, 2016, 2020, and 2021. Telekom Veszprem remained victorious in all their matches in Zadar, where they won their last three titles.

On the other hand, unlucky PPD Zagreb lost their fourth SEHA League final, including three in the last four years – in 2021, they were beaten by Telekom Veszprem after a penalty shoot-out. The best scorers of the final were Ivan Cupic with eight goals for PPD Zagreb and Omar Yahia with seven strikes for Telekom Veszprem.