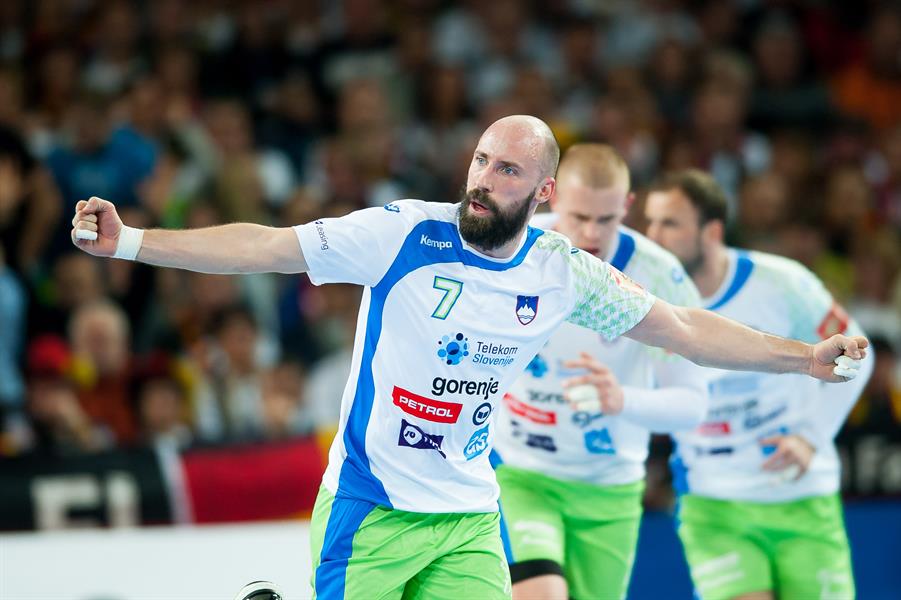 Slovenia made a big step towards Olympic quarter-final in Rio by beating home team – Brazil 31:28 (16:13). Technically amazing trio Bombač – Zorman – Dolenec showed the best of handball in the first half crushing on poor defensive line of Jordi Ribera squad, who couldn’t save the goal line. Amazing movements, feints, „smart play“ gave Balkan guys high advantage, +7 (13:6) after 22 minutes of the match.

Brazilians made a small comeback until the end of the first half with goals by Lagaro and Dos Santos (16:13).

However, the same situation happened in the second half, when Uroš Zorman showed why he is one of the biggest brains in world of handball. Playmaker of Vive Tauron Kielce literally destroyed motivated Brazilian defensive-line up, providing goals, assists and a lot of joy to the fans of Slovenia and handball in general.

Slovenians have been in the problem with exclusions, but Veselin Vujovic didn’t give up from playing 6 on 6 even his team received four goals on empty goal!

Brazilians came closer on 26:28 in 52nd minute, but Vujovic prevented turnover with a time-out which gave a new boost of ideas and energy for the „away team“. Kavticnik and Zorman scored two goals to finish the story at Future Arena.

The first scorer of the match for the winners was amazing 20-years old youngstar Blaz Janc with six goals, while Dolenec and Bombač netted five each. In Brazil, Ciuffa scored eight.