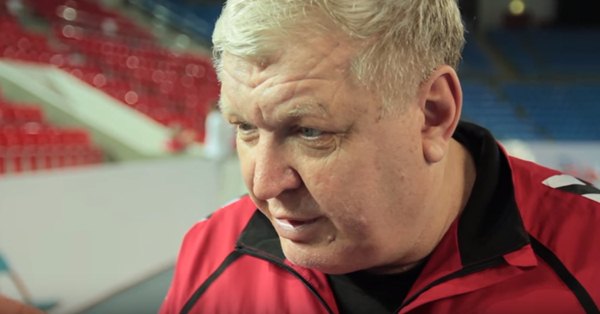 Legendary Russian national team coach, Evgeny Trefilov, now in the role of coordinator for women’s handball in Federation, told in interview for handballfast.com, that solution to give more chance for Russian girls in the best teams in the league, would be to

I remember, but show me a similar game performed by them in the Rostov club after the World Cup. I take off my hat to them for a classy performance in Kumamoto, but the question is different: where do the candidates for the Russian team go? Who will play it? Ours are sitting on the bench.

Take point guards – Tazhenova, Frolova, Nikitin. Ira Nikitina soloed in Zvezda, but in Rostov she does not receive playing time in the attack. The next season will come French Grasse Zaadi. I don’t know if Nikitin will remain in the team. But even if he leaves, one of the two remaining, Tazhenova or Frolova, there is hardly a place on the court in this situation. I am by no means a nationalist, but we must develop our own and support our own. It would be useful to follow the path of volleyball and limit ourselves to two foreign players. Look, these foreign players are leaders in their teams, they are drawn to them, Russians are learning from them -said Trefilov.