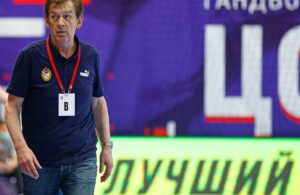 CSKA Moscow announced parting ways with the head coach of the team Velimir Petkovic on its official website.

The statement says that by observing the agreements before starting cooperation with CSKA in October 2020, Petkovic will focus on working with the Russian national team. Under the leadership of Bundesliga legend, who replaced Oleg Kuleshov last October, CSKA Moscow has played 34 matches. They won silver in the Russian League, a bronze medal in the Russian Cup, and qualified for the 1/8-finals in the EHF European League, where they lost against GOG.

Expert form Banjaluka has previously been head coach of clubs like HSG Wetzlar, Frisch Auf! Göppingen and Füchse Berlin. He has been head coach of the Russian national team since 2020 and finished 14th at the World Championship in Egypt in January.