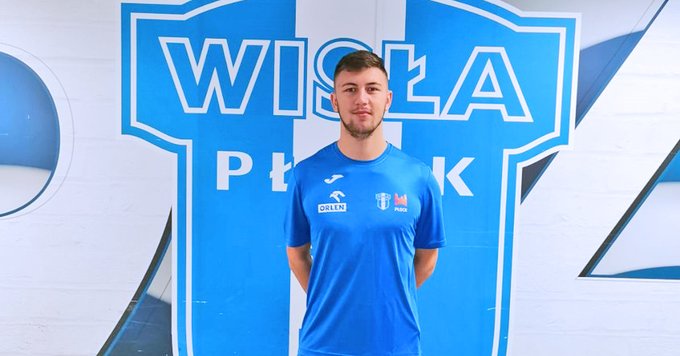 The 18-year-old right-player Telekom Veszprem Zoran Ilić until the end of this year (December 31, 2020) will perform at ORLEN Wisła Płock. It is possible that the competitor will go with the Nafciarzy team to the Final Four of the PGNiG Polish Cup.

– It is a transfer that was forced on us by the injuries of Predrga Vejin and David Fernandez. For now, both of them are treated with a non-invasive method, but we are not sure whether they will have to go under the knife. For this reason, we took the opportunity and reached for Zoran, whom Xavi Sabate knows. We used good contacts with the Veszper team and we finalized the transaction in just a few days. It will definitely give the coach some room for maneuver in the right play position. Zoran has been with us since Monday, and on Wednesday he started training with our team – says Adam Wiśniewski, SPR Wisła Płock Sports Director.

– Of course, in the first place we did research on the Polish market, but the players we were interested in have valid contracts. It’s October and no one will get rid of players who are already of a certain quality so easily. That is why we are glad that in these unfavorable conditions we have signed a contract with a player who has made his debut in Telekom Veszper in the Champions League and is able to help us realistically. I hope that we will manage to finish the formalities before the Final Four and that he will travel with us to Lublin – explains Wiśniewski.

– He is a talented player with an interesting future. I know him quite well. He’s young so we definitely need to be patient with him, but he comes to help us and I’m sure he can do it. At Veszprem, they want this player to develop, which helped us quickly agree on the loan. I would also like to thank the authorities of our club for their efficient response and quick completion of formalities – says coach Xavier Sabate.

Zoran Ilić (197 cm; 86 kg) joined the Veszprem team in the 2018/2019 season, where he played mainly for the U21 team and the junior team. A year later, he made his debut in the first team of Telekom Veszprem, and he could still count on regular appearances in the U21 team. Last season, his stats ended with 22 matches and 97 goals. He is also regularly appointed to the youth teams of the Hungarian national team.

Zoran Ilić will be in ORLEN Wisła Płock in number 47.