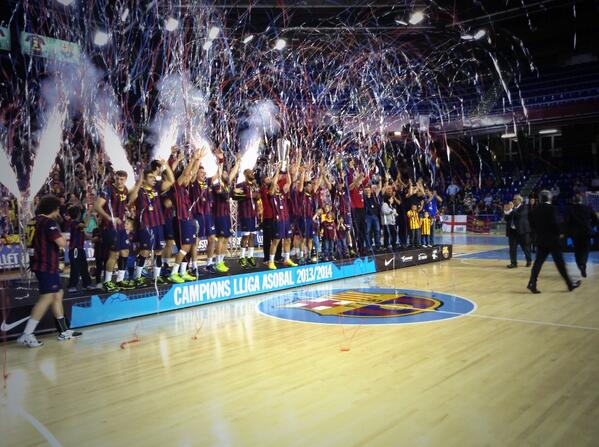 FC Barcelona won the fourth concecutive Championship in Spain last weekend by victory over poor Aragon 48:22. Five matches until the end, Xavi Pascual raised the 19th trophy in his era on the Barca’s bench and left the first team 11 points behind. Over 3.000 fans at “Blaugrana” saw some of magic from Karabatic and Co, but the special two weekends are ahead of the team. Rhein Neckar Lowen are the rivals for the VELUX EHF CL F4 in Cologne. That is why Barca made fantastic video call for all the fans.