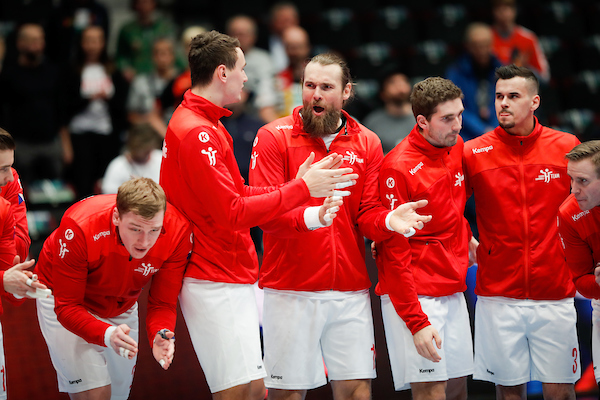 After returning from the Faroe Islands, the Czech national team faced numerous COVID-19 tests. Here is statement from official website.

The coaches decided to call more reinforcements to Pilsen, and players who had previously suffered from covid and are now tested negatively received training.

The Czech national team is taking further steps in Pilsen in preparation for the upcoming World Cup. After testing, positively tested players and members of the implementation team remain in strict isolation.

At the moment, there are six positive cases in the implementation team – including both coaches and three physiotherapists – and nine players. “This is a very difficult situation and that is why we have agreed at this time that we will continue to operate in a bubble, we will prepare another bubble for players who arrive in Pilsen for further preparation for the World Cup. We do our best to be able to Egypt to fly away, “said Daniel Čurda, chairman of the national team.

The team’s coach Jan Filip, who has been in solitary confinement since January 2 after a positive coronavirus test and communicates with the team with Dan Kubeš, only explained through video conferences and video consultations: “A group of players who they have already undergone covid in the past and are currently being tested negatively, today she has completed training in the hall. All positively tested team members remain in strict isolation in hotel rooms. Our third group are the so-called “defending” players, ie those who are currently tested negatively and have not yet passed the covid. We want to protect them as much as possible and they will most likely not train until they leave for the World Cup. Let’s hope they stay negative. ”

Together with Daniel Kubeš, they agreed on the profession of other players who are to complete the team before the World Cup. “New players will start joining the team today, and of course they will be tested and isolated immediately. However, a large part of them have already undergone covid and they could soon join other players who are allowed to do so in training, “Filip added, adding that the team will publish specific names of players only according to the further development of the situation.

“The health of the players is absolutely primary, that is the basis. The second thing is to fly away, we will do our best for it, “Filip repeated. “In any case, it is a disruption of training, it will have an effect, but a week without training can somehow survive and we have nothing else left. Players will come who have not played so much in the national team and do not have so much experience, but again it will be a chance for them to get to the top championship. ”

The official nominations for the championship were to be chosen primarily from the originally selected thirty-five players when calling for reinforcements. “But we have information that other countries have already nominated players outside the age of thirty-five. We are working on this now, because the problem for us is the position of the pivot. We will therefore seek special permission and do not anticipate that this should be a problem, because other federations have already found themselves in this situation. This also shows how extreme the situation is and the IHF is forced to make decisions like never before, “stressed Filip and Daniel Čurda added:” According to our information, the team was already joined by Swedes and Germans outside the original 35, and I expect more federations. And the IHF is showing that it will do a lot to make the championship a success. ”

Another change in the schedule of the Czech selection is the adjustment of the departure date. Originally, the team was supposed to travel to the championship with a government special on Tuesday, January 12, but now it is a question of postponing the flight until January 13, because in the current situation, every day counts.

We will do our best to participate, it sounds from the Czech team

“Even though we have complied with all the rules required by the exemption for organizing representative events, the Ministry of Health, the EHF and IHF guidelines and in some steps we have gone even further, our situation is not easy now and we are trying to stabilize it to do everything for us to fly to the World Cup. Today, it is clear that we will not fly in the originally preferred line-up, but our priority is to do more than one hundred percent in order to travel to the championship and represent the Czech Republic with dignity. This is a binding priority for us, “said Jaroslav Chvalný, President of the Czech Handball Association, about the current situation.

And Jan Filip adds his words no less determinedly for the entire national team: “The team wants to go at all costs. We respect this and we are glad that the boys are determined to fight despite the extremely difficult situation. When deciding in which set, we will primarily be based on the state of health. The situation is as it is, it is extreme and non-standard all over the world. We will go to the championship with a team and an implementation team that will be able to travel and do what we can. ”

And what will be the final nomination? “I can tell you some names now, but it doesn’t have to be the case in an hour. Eventually, those who will be sitting on a plane for Egypt on the day of departure will fly to the championship. Until the last minute, anything can change. Not only in our country, but worldwide, “concluded Filip, and President Chvalný added at the end:” I firmly believe that we will participate. We do everything to fly in the strongest possible formation and in the best possible health condition. We will jump over the logs that fall under our feet. ”