We were living like the animals here! Said Goluža in tears | Handball Planet 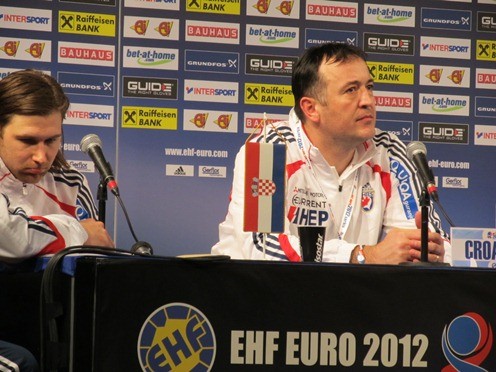 Slavko Goluža almost broke down in tears at the press conference, as the Croatian national team coach had to stop talking to prevent the tears.

The host has done everything possible to claim the gold medal here. Every single thing was in their favor, and we were living like the animals here; in three different cities! I haven’t got a decent sleep during the night, until I came to Herning. At the game tonight, my players were falling down in the middle like we were bowling, not playing handball. Few years ago I have promised to refrain from commenting on the referees, but I can’t take any more.

Jakov Gojun was full of support for his coach. The player added that the refereeing in the semifinal was a disgrace and humiliation for sport.

After the Danish coach Ulirik Wilbek said that this was the “worst press conference in his life”, Goluža apologized, saying, “everything has been said impetuously and hot-headed“