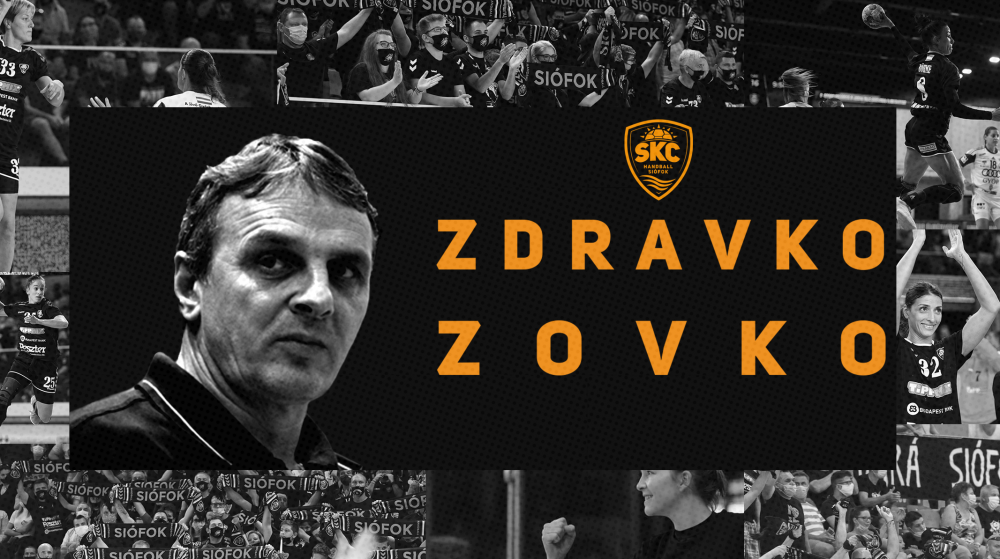 “Our performance this year, the results and the performance on the track have made it clear that change is needed. As a solution, we are looking for a professional who can achieve change in a short period of time with his mentality, experience and philosophy. It is important that the team moves out of the state it is in as soon as possible. This requires new impulses. When choosing the new head coach, it was also a decisive factor that he knows the Hungarian league, the Hungarian teams and the players, so he does not have to invest extra energy in keeping him up to date. I think Zdravko Zovko’s results speak for themselves. For the time being, we have concluded an agreement with him until the end of the season , said János Fodor, the managing director of Siófok KC. The situation we are in now is not easy, as we usually play a match every three days, so there is not much time to get to know and prepare. Plus, the news came last night that one of our players had become coronavirus, so the team had to be quarantined. For the time being, it is questionable when the new head coach can start working with the framework. ”

Zdravko Zovko spent his entire playing career with RK Medvescak (1972-88) and in 1984 became Olympic champion with the Yugoslav national team. He started his coaching career in 1990 and achieved his greatest successes as the head coach of RK Zagreb, Fotex Veszprém, Podravka Koprivnica and DKKA. He worked at the head of the Croatian men’s and women’s national teams and was also the coach of Lasko Pivovara Celje. Most recently, he held the position of second coach of the Audi ETO KC in Győr with Gábor Danyi.

“Wherever you go as a coach, it’s always a new challenge for you. I think that Siófok is a very good team, I could see their development up close in recent years. I’m sure the Covid situation and the decisions that resulted from it were a break for the club and the players, and perhaps that also had an impact on past performance. We need to open a new chapter, leaving the past behind. We don’t have much time to prepare, we need to focus on the upcoming tasks. I am ready for the task and I look forward to working together. ” Said SKC’s newly appointed head coach, Zdravko Zovko.